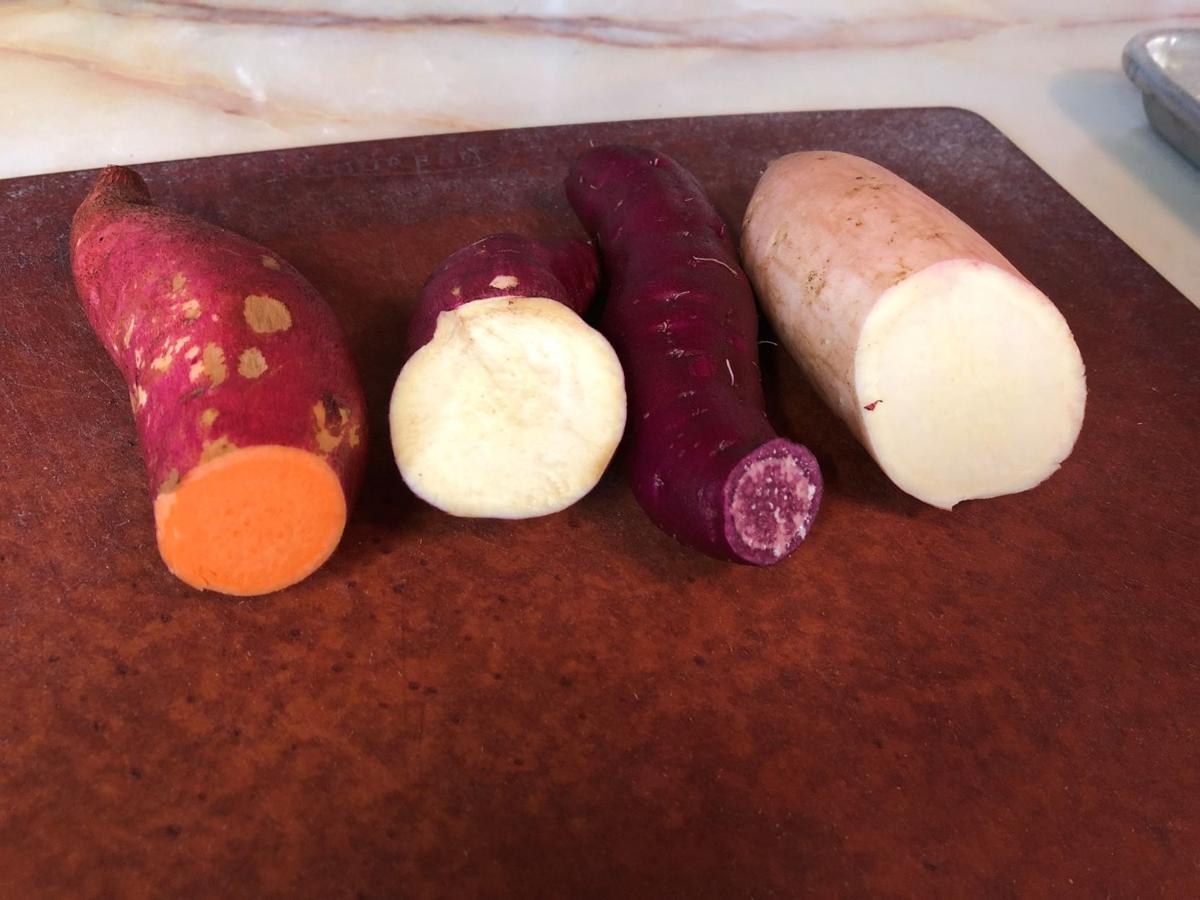 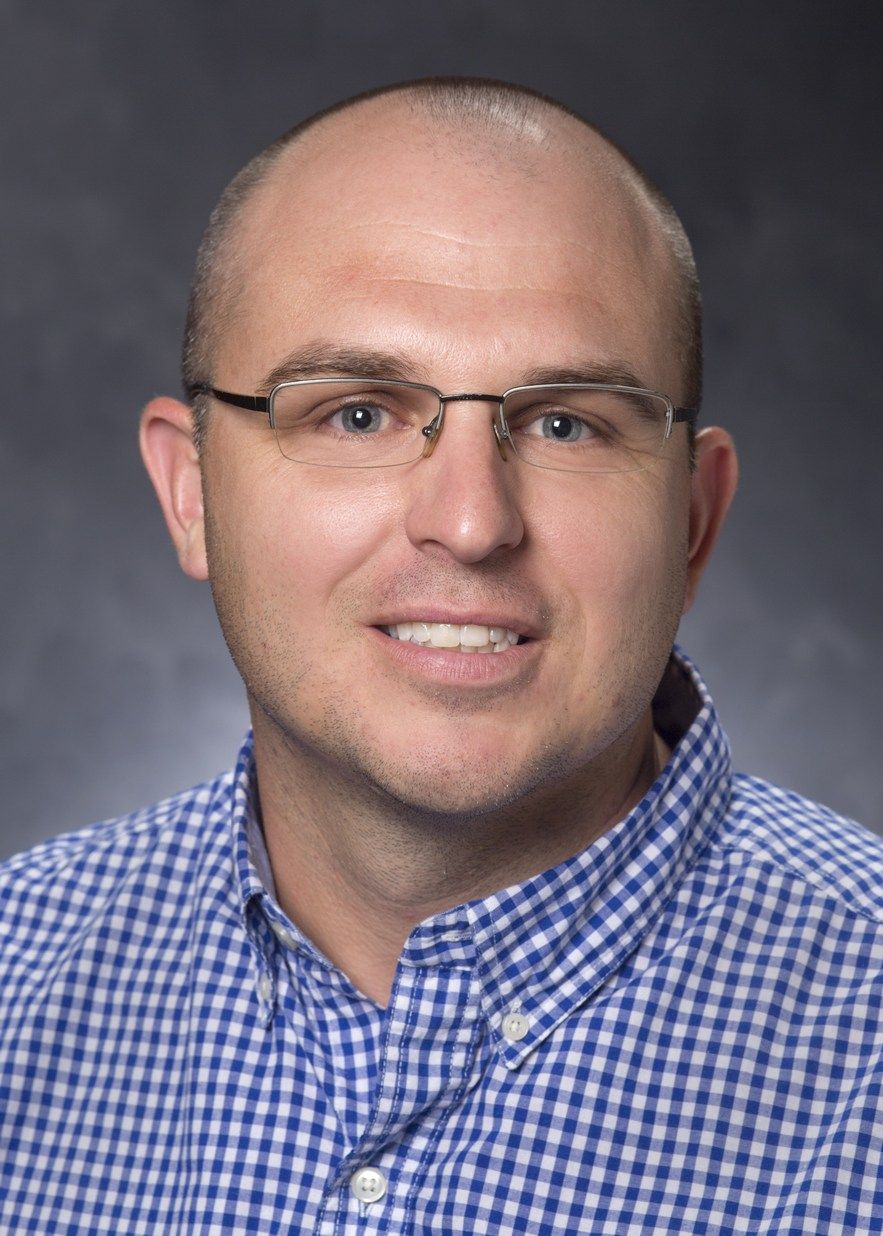 One of the things I appreciate most about food gardening is the history, geography and cultures that can be discovered through the plants we choose to cultivate. When I finished college, I spent three years as a Peace Corps volunteer on the remote small island of Ambae in Vanuatu in the South Pacific. Their staple crops taro, yams, cassava and starchy bananas took some getting used to for me. But their “kumala,” or sweet potato, was a welcome reminder of home.

The sweet potato (Ipomoea batatas), which is in the morning glory family of plants, is believed to have originated in Central or South America at least 5,000 years ago. Christopher Columbus observed native peoples in Central America and the Caribbean growing the crop and enjoyed them so much that he took some back to Europe on his fourth and final voyage. The famous explorer De Soto noted Native Americans growing sweet potatoes in his records from the 1500s. Sweet potatoes were likely one of the first staples early colonists were introduced to in the southern colonies. It is unlikely that they were on the menu at Plymouth because they require a long, warm growing season that limits their growing range.

The presence of sweet potatoes in the South Pacific predates my time there by a few years, with some studies indicating as early as 1200 AD. How they arrived there is truly one of the greatest mysteries in human history. There is relative consensus among anthropologists that the migration of Austronesian peoples, which includes the three primary ethnic groups Micronesian, Melanesian, and Polynesian, happened in an eastward direction. These expert navigators used outrigger-type sailing canoes and their mastery of currents, wind patterns, and the stars to go from Taiwan and Southeast Asia through the larger islands of Indonesia, New Guinea to the remote outposts of Hawaii, New Zealand and Easter Island.

If the people came from west to east, how did the sweet potato go east to west from South America? This was what legendary Norwegian adventurer and ethnographer Thor Heyerdahl set out to prove with his Kon-Tiki expedition in 1947. Heyerdahl’s theory is that Polynesia was populated via South America. He based this theory on Incan legends merged with some Dutch explorers’ journals from the 1700’s, the westward movement of the trade winds, and the presence of sweet potatoes throughout the Pacific. To prove his theory, Heyerdahl and five adventurers set off from Peru on a raft made from balsa wood and native materials and washed up on a reef in French Polynesia after 101 days and 4,300 nautical miles. Despite his completing the voyage, Heyerdahl’s theory of Polynesian origin has been widely criticized and has not gained acceptance within the academic community. So the mystery of the Pacific sweet potato remains.

Incan legends and Norwegian adventurers aside, sweet potatoes are an easy to grow addition to Georgia gardens. I was a little adventurous in the garden this year and ignored the standard varieties like “Beauregard” and “Georgia Jet.” As reliable and tasty as those varieties are, I was looking for more color and variety. Instead I grew “Bonita,” which has a light tan skin and white flesh, the plants producing high yields of medium to large roots. “Murasaki,” a purple-skinned, white flesh variety which has a distinctive nutty flavor, I found interesting enough but will probably need to give it another year with better growing conditions before deciding its fate in future gardens. I tried a variety with purple skin and flesh, but with lower yields of long narrow roots. I will probably pass on it in the future. I also tried “Burgundy,” which has a nice burgundy-colored skin and deep orange flesh similar to “Beauregard.”

I wish you and yours the very best this Thanksgiving. Maybe your discussions over the side dishes will solve the mystery of how the sweet potato made it to the Pacific.

Joshua Fuder, Agriculture and Natural Resources Agent, UGA Cherokee County Extension office. If you have any questions, call 770-721-7830 or visit our website @ www.caes.uga.edu/extension/cherokee or visit my blog @ http://blog.extension.uga.edu/cherokee.

GARDENING WITH THE MASTERS: December tips for planning, planting, propagating and more

GARDENING WITH THE MASTERS: Seasonal safety tips for holiday plants and pets

As the holidays approach, many of us are busy making our homes festive and alive with holiday charm. Being a veterinarian and a master gardene…