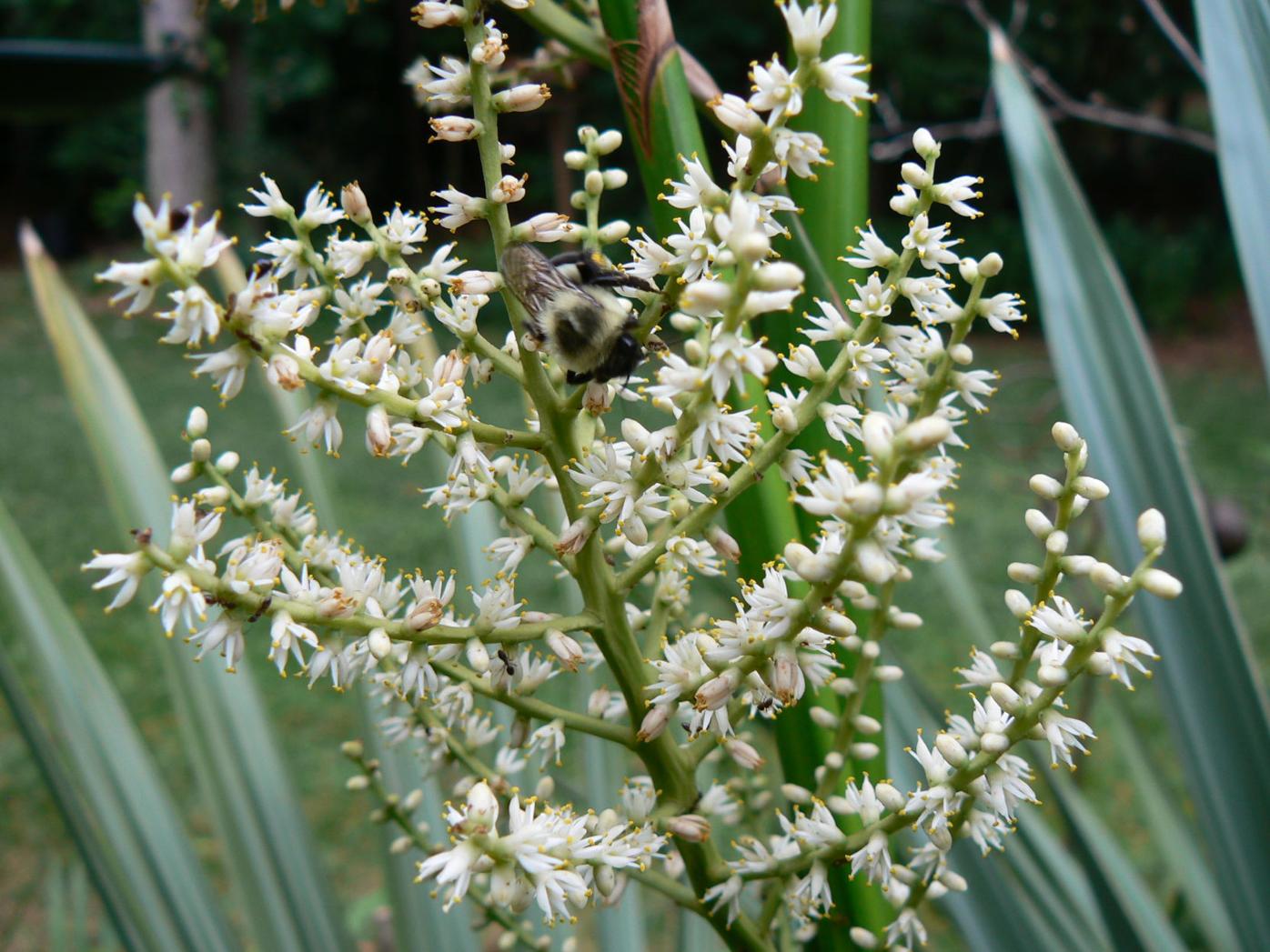 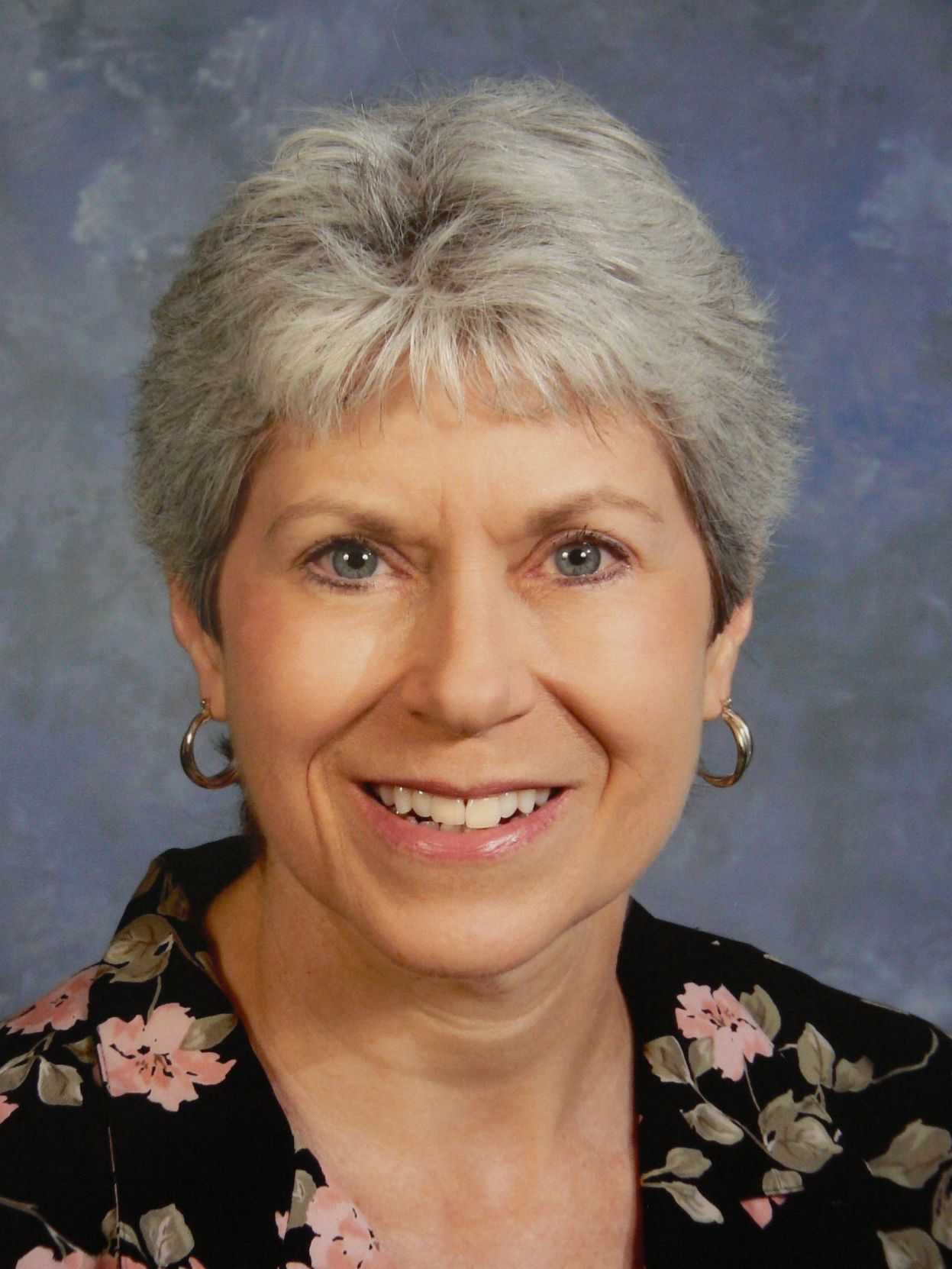 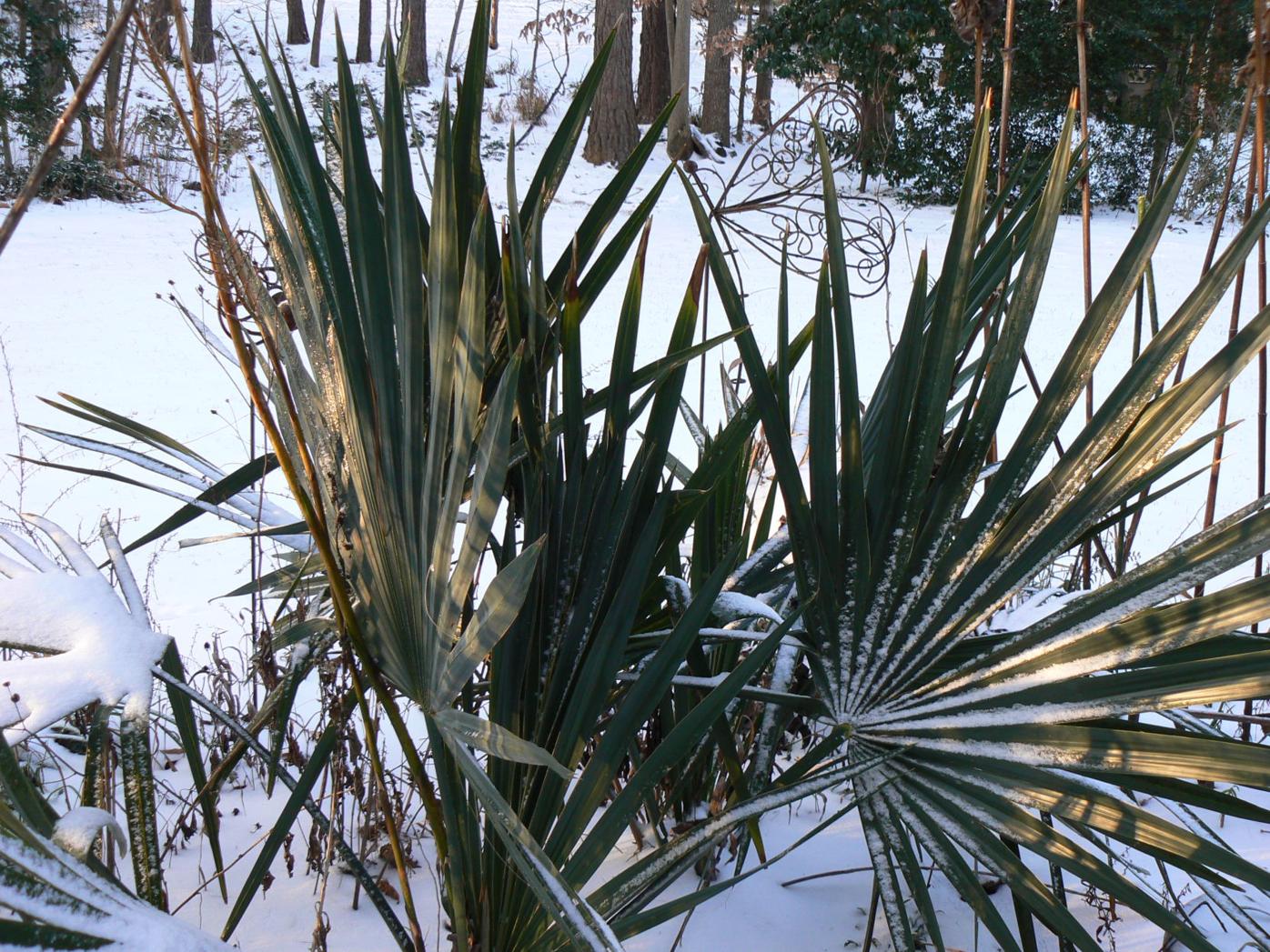 Some especially cold-hardy selections of Sabal minor will survive in colder zones. 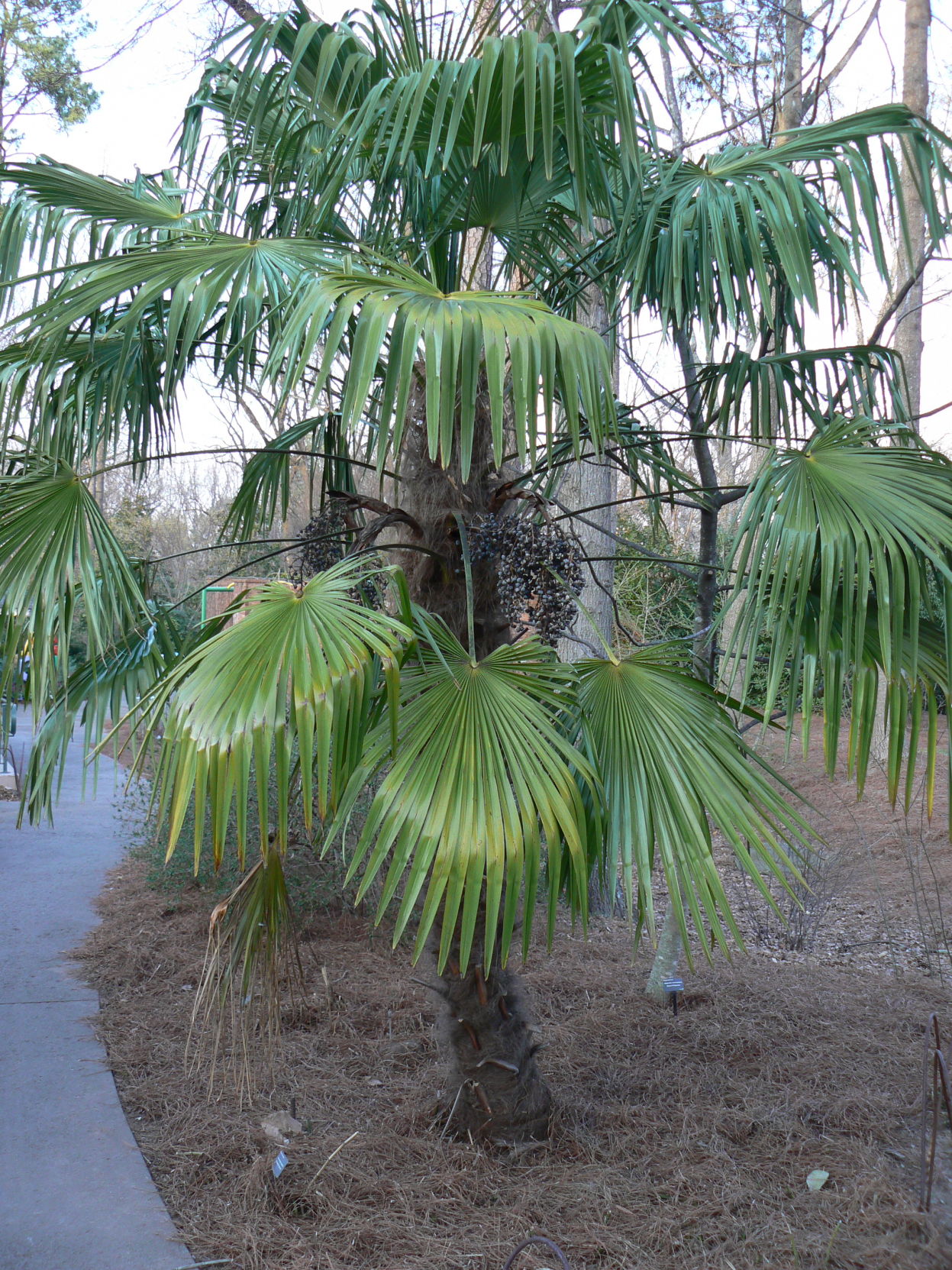 For those who want a palm that forms a true tree shape, the windmill palm is by far the most cold-hardy choice. 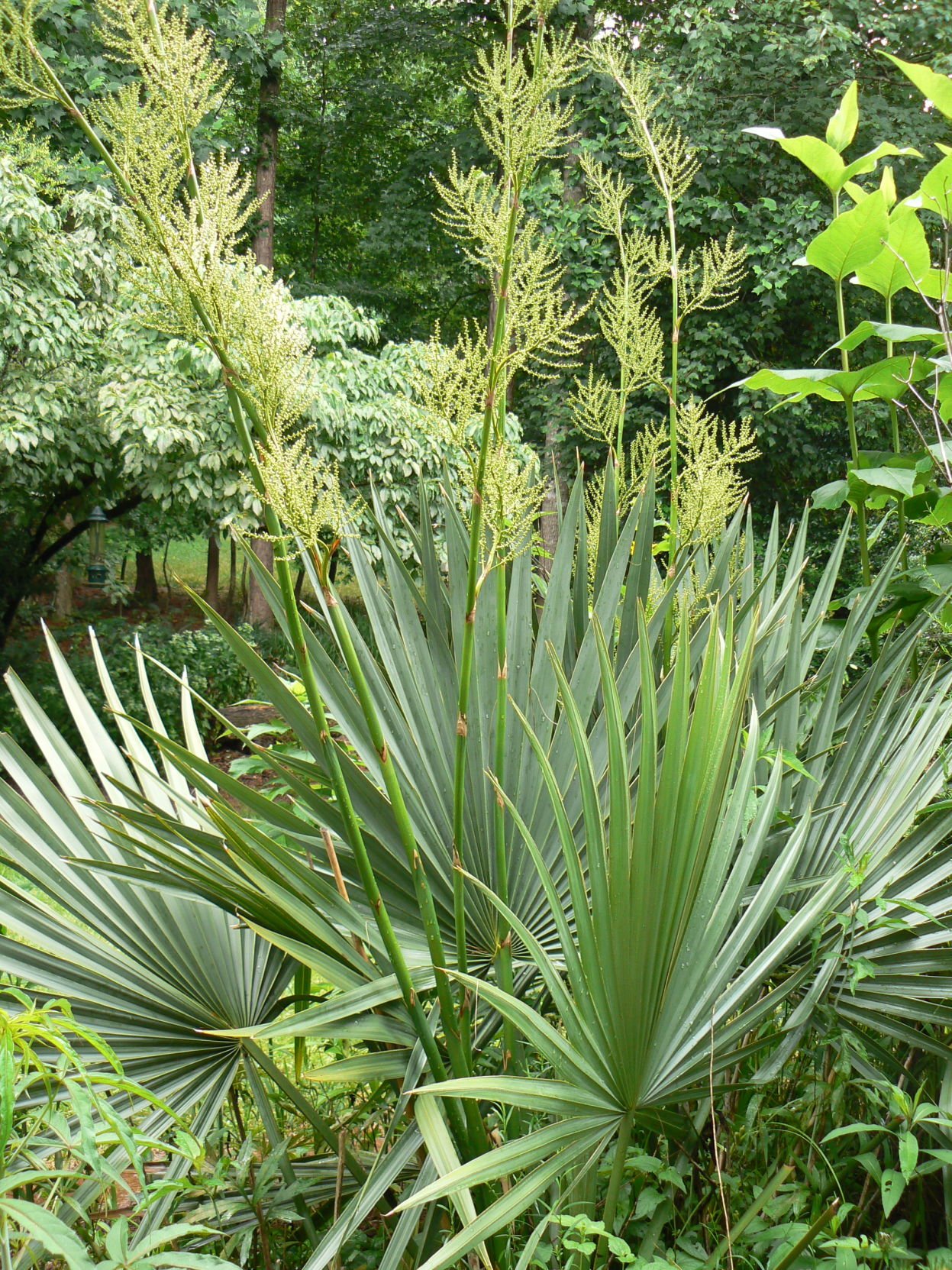 The Dwarf Palmetto (Sabal minor) features evergreen, fan-shaped leaves that can grow up to 5 feet in width.

Most folks (gardeners included) likely hold a misconceived stereotype of palms. The image that comes to mind is probably of a parlor plant, a conservatory specimen, or a coconut palm towering over the sandy beach on a tropical island. Though many palms are native to tropical regions, some species are surprisingly cold hardy, and we can grow several here in Cherokee County.

Below are profiles of three palms suitable for most regions of our state. All create effective evergreen accents in the landscape, and their spiky foliage contrasts well with other plant forms. When designing with palms, keep in mind that many are difficult to move once established, so plan carefully.

Some palm enthusiasts describe this Southeast native as the world’s hardiest palm. In its native range, The Needle Palm is found from Florida to South Carolina and west to Mississippi. It also extends inland to areas in central Georgia and Alabama. This palm generally can take temperatures down to -10 or -15 degrees Fahrenheit, giving it potential for gardens even in USDA Hardiness Zone 6.

Needle palm’s evergreen leaves are fan-shaped and grow up to 3 or 4 feet wide. They are deep green with a silvery underside. Each leaf segment has a blunt tip that looks like it was snipped with giant pinking shears. Another unusual feature of this palm accounts for its common name. Sharp spines, up to 8 inches long, protrude from the stubby crown of the plant, protecting the seeds from predators.

Needle palm grows relatively slowly and typically reaches 5 to 9 feet tall with a similar spread, giving it a shrubby appearance. This palm makes an attractive specimen or can be equally effective when grouped as a mass planting or hedge. In its natural range, needle palm is most frequently found as an understory plant growing low, moist areas.

This palm is also a Southeast U.S. native with a wide natural range, occurring from Florida to North Carolina to Arkansas, and as far west as Oklahoma. In general, it is only slightly less cold tolerant than needle palm, enduring temperatures of 0 degrees (or perhaps less) and making it appropriate for gardeners in Zones 7 and warmer. However, some especially cold-hardy selections will survive in colder zones.

The evergreen, fan-shaped leaves can grow up to 5 feet in width, and each leaflet tapers to a sharp point. Dwarf palmetto reaches a mature height of about 6 to 8 feet, though the foliage can be cut back periodically to keep the plant shorter. The dwarf palmetto appears to be non-trunked, with the leaf stalks emerging directly from the ground. Yet actually a “trunk” or stem, which can be rather long, grows into the ground rather than above, making transplanting a mature specimen difficult.

Flower stalks rise above the leaves and mature into clusters of black, pea-sized fruit. Dwarf palmetto will reseed readily, but young seedlings are easy to remove if they sprout in unwanted spots. In its native range, dwarf palmetto is found in swampy areas or floodplains and is often found growing in the understory, where it may colonize to form a tall ground cover.

For those who want a palm that forms a true tree shape, the windmill palm is by far the most cold-hardy choice. A native to China and India, it has the potential to reach 10 to 30 feet in height, typically growing tallest in warmer climates, and it is hardy down to -5 degrees, making it suitable for many regions of Georgia. Light shade is recommended for the windmill palm, and it is not fussy about its soil, even performing in clay. However, it is not as tolerant of damp soils as the native palms are.

The round, evergreen, fan-shaped leaves are flat and stiff and grow to about 3 feet wide. The trunk is relatively slim, but it appears thicker due to a dense, fibrous matting that covers it. Yellow flower clusters appear below the leaves in spring and yield a dark blue seed. The windmill palm can be planted in groups for an impressive landscape feature, but it is equally effective as a specimen plant.