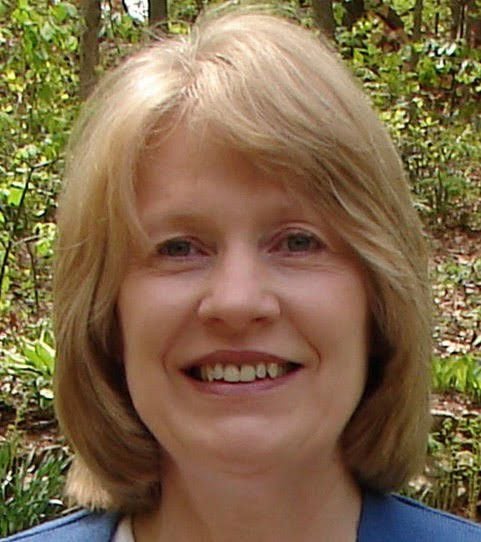 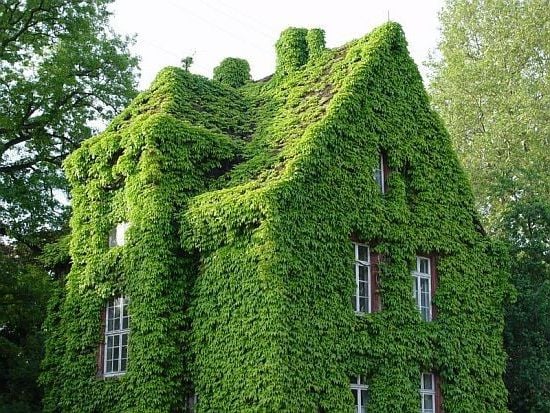 The problem is that English ivy is too aggressive. Its spread is infinite, and it is very difficult to restrain or even to kill. 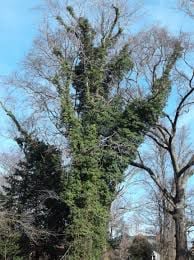 English ivy covers not only the floor of forests, out-competing and smothering native plants, but also covers the canopy level in the treetops. 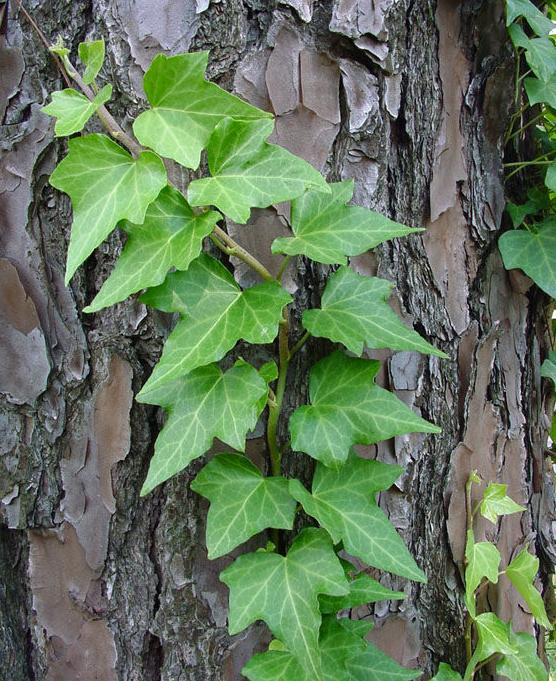 Ivy grows on pine bark. While English ivy crawling over the ground does not bloom or produce seed, once it starts growing vertically on a surface, it will develop blooms and seeds that the birds carry great distances, thus spreading the infestation to additional natural areas.

After the loss of habitat, the encroachment of non-native invasive plants is the greatest threat to our native plants and critters. One of the really nasty plant invaders is English ivy (Hedera helix).

Not long ago most garden books would name two primary ground covers for shade: English ivy and periwinkle (Vinca minor). But just as we have learned that many old health remedies are not really medically sound, old garden advice can be out of date. Far from recommending English ivy for your landscape, we now know that planting ivy is a huge mistake. In fact, some states have banned its sale.

The Georgia Exotic Plant Pest Council has designated English ivy as a Category One invasive: “An exotic plant that is a serious problem in Georgia natural areas by extensively invading native plant communities and displacing native species.”

The problem is that English ivy is too aggressive. Its spread is infinite, and it is very difficult to restrain or even to kill. It covers not only the floor of forests, out-competing and smothering native plants, but also covers the canopy level in the treetops. Ivy’s evergreen foliage covers a tree’s own foliage, restricting photosynthesis and causing the tree gradually to go into decline. The added weight of the ivy foliage can cause the tree to blow over in a windstorm. In addition, the evergreen foliage catches snow or ice, which can cause the weakened tree to come down during a winter storm.

These falling trees can severely damage homes and other property. Insurance claims for such damage may be denied if the homeowner is found responsible for allowing the tree to topple by not removing the ivy.

Ivy can cause other damage to your property as well. An ivy-clad house may look nostalgic, but ivy can seriously damage a structure, even pulling it down. When climbing a surface, the ivy produces root-like structures that exude a glue-like substance. The ivy’s roots move into cracks and crevices, making it difficult to remove and likely to cause permanent damage. Ivy has even been known to climb in windows — such as in my grandfather’s house!

While English ivy crawling over the ground does not bloom or produce seed, once it starts growing vertically on a surface, it will develop blooms and seeds that the birds carry great distances, thus spreading the infestation to additional natural areas.

If you are unfortunate enough to already have English ivy on your property, we recommend that you get rid of it. Pull up what you can and cut the rest back as far as possible. Apply a systemic herbicide such as triclopyr to the remaining ground-dwelling stems and foliage. Cut vines growing up a tree a short distance from the ground, and then apply triclopyr to the rooted portion of the stem. Be careful not to spray your tree bark. The herbicide is most effective if you apply it to the stump of the cut stem immediately after cutting it. You will probably need to make several herbicide applications over time to kill the ivy.

There are many lovely and well-behaved alternatives to English ivy as a ground cover for shade and also as a climbing vine. Your ground cover need not be composed of all one plant. In fact, your landscape will be healthier and less inviting to insect pests and diseases if you plant groupings of three or more plants each of multiple species over the area. Stay tuned for next week, when you can discover a number of excellent alternatives that will replace the arguably second-place “scourge that ate the South.” (Yes, the first claim goes to kudzu, but you knew that, right?)

GARDENING WITH THE MASTERS: Is there a stumpery in your future?

I have found a solution! A friend and fellow Master Gardener woke one rainy dawn to discover that a huge tree next to her driveway had fallen …

GARDENING WITH THE MASTERS: ‘Pest’ Peeves — As May begins, be on the lookout for trouble

Editor’s Note: The Tribune would like to clarify the central idea of Joshua Fuder’s Master Gardener column that ran April 25, titled, “For pri…

GARDENING WITH THE MASTERS: Leaving the Leyland

One of the most common issues I get questions on are problems with Leyland Cypress trees. The Leyland is a fast-growing conifer and a common landscape plant in commercial and residential settings. The species is relatively drought tolerant and found affordably at most garden centers in the state. These attributes certainly make it sound like a perfect fit for most consumers; unfortunately it often leaves a lot to be desired.

GARDENING WITH THE MASTERS: Instead of English Ivy for those shady spots …

Remember we promised you alternatives to English Ivy? Here goes!

GARDENING WITH THE MASTERS: Spotting the invasive spotted lanternfly

GARDENING WITH THE MASTERS: June tips for helping plants thrive