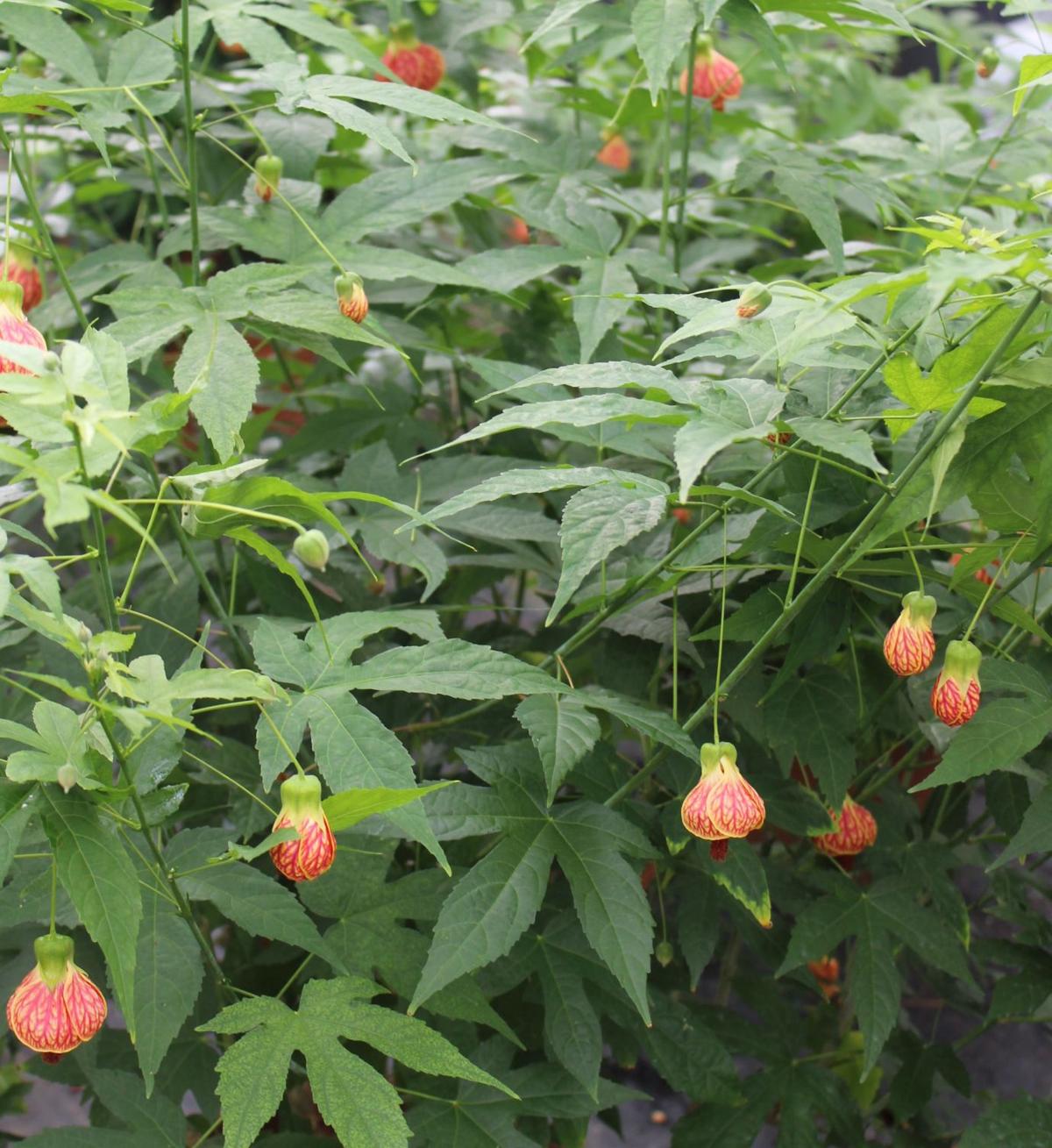 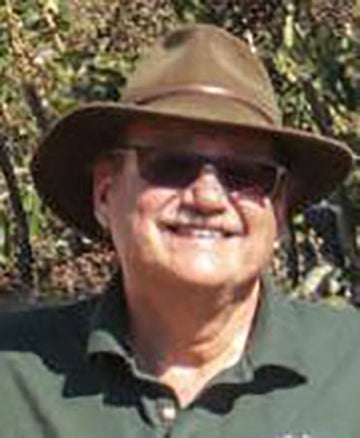 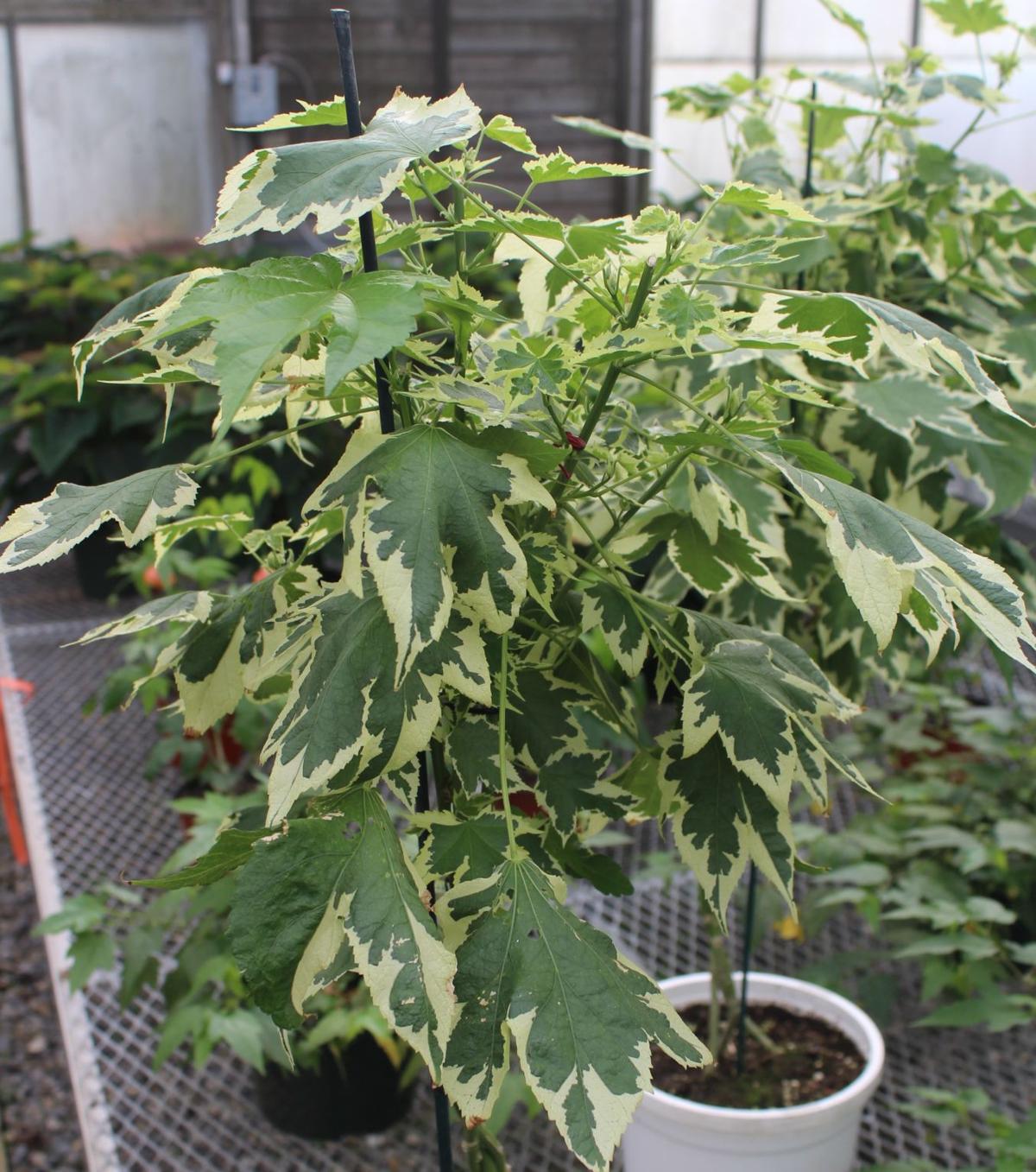 Some of the cultivars also have variegated foliage. 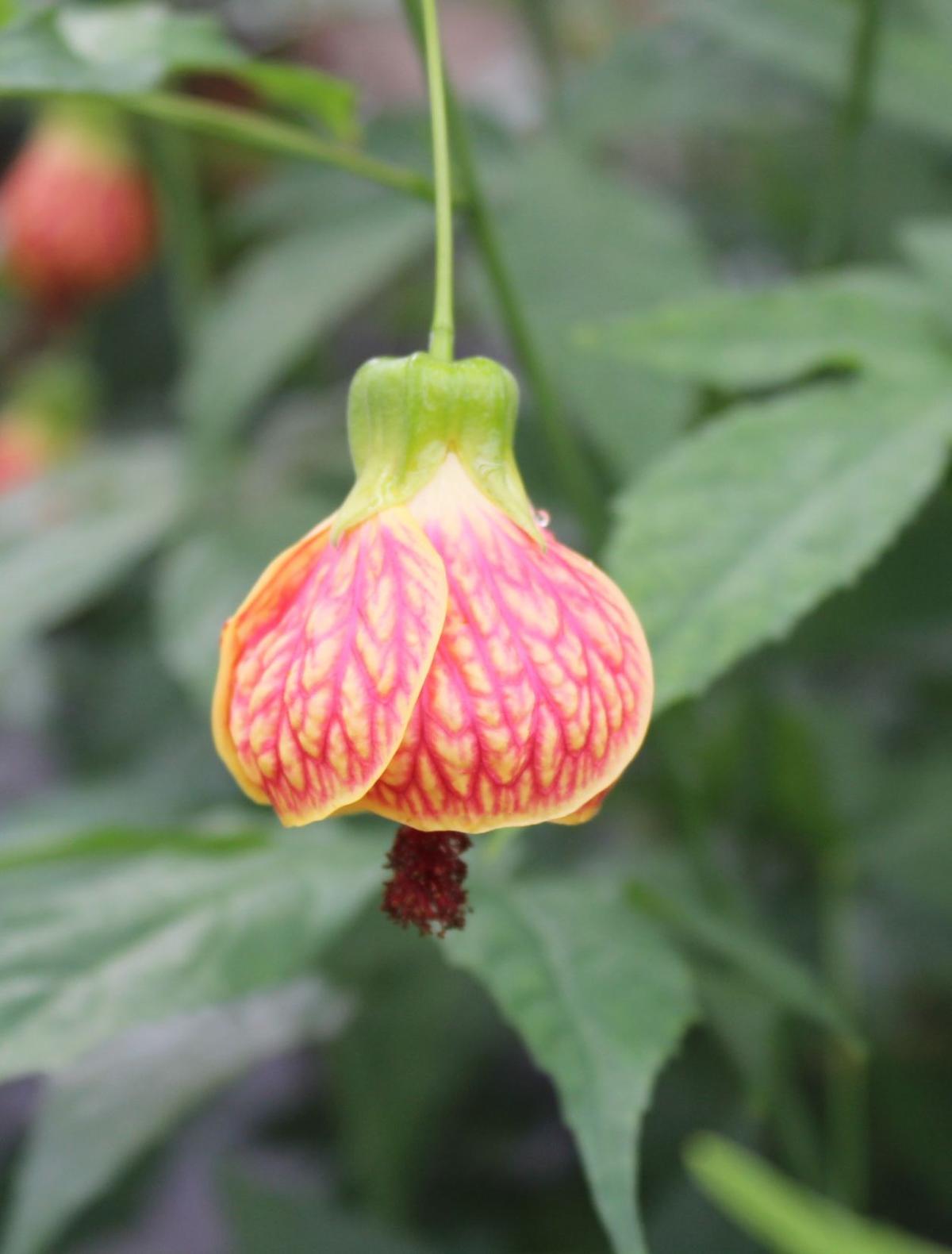 This plant is called a flowering maple because the plant’s leaves are similar in appearance to maple leaves.

A maple as a houseplant inside the house? Well, not exactly, unless we are talking about an attractive subtropical perennial shrub known as a Flowering Maple. I was first introduced to this plant in 2018 by a fellow Master Gardener when she asked me to identify it. The flowering maple houseplant, a.k.a, the Chinese bellflower, Chinese lantern, Abutilon, and Indian Mallow is a member of the Abutilon spp., not the Acer genus that contains maple trees. This plant is called a flowering maple because the plant’s leaves are similar in appearance to maple leaves. They were popular during the Victorian era, hence its other name, “Parlor Maple.” Commonly found throughout South and Central America, Abutilons are native to southern Brazil.

I came across the plant again in October 2018 when my wife Linda and I were on a Garden Writers Association regional tour of the Biltmore Estate Gardens in Asheville, North Carolina. The cultivar, “Biltmore Ballgown,” developed by the Biltmore Estate, was in the greenhouse.

Abutilons are a large group of over 200 flowering species in the mallow family (Malvaceae). The mallow family includes well-known plants like hollyhocks, hibiscus, okra, the Rose of Sharon and the marshmallow found in wetland environments. These shrub-like plants can also be used as an annual in the landscape and as container and hanging basket plants during the warm growing season in our area. They will bloom from June through October.

As an annual in the landscape, flowering maple does well in full sun to partial shade. They also do well in a cool outdoor summer garden where their colorful blooms stand out. Most cultivars require moderate watering.

Extensive breeding efforts of flowering maples have produced a variety of cultivars with lovely bell-shaped flower colors of orange, salmon, red, white, yellow and bicolored. Some of the cultivars also have variegated foliage. The generally solitary, pendent flowers are borne on long stems from leaf axils or near the branch tips on the current season’s growth. The flowering maple lantern-like buds open to cup- or bell-shaped flowers that may be up to 3 inches in diameter. The plant’s variegated foliage is a result of a virus, AMV — Abutilon Mosaic Virus — that does not harm the plant. This virus is transmitted by seed, grafting and, in nature, by the Brazilian whitefly.

Indoors, flowering maple light requirements range from full sun to very light shade. They need well-drained peat-based potting soil. Do not fertilize over the winter. Indoors keep the soil slightly moist but do not overwater. Only monthly watering is needed during the winter months. The flowering maple tends to get gangly, so pinch the tops of the branches in the spring to encourage a more compact habit. This plant may be used as a container patio plant during warm months and then brought in to overwinter as a houseplant. Flowering maples prefer a cooler room during the winter.

Flowering maples do not have any significant insect or disease problems outdoors in the landscape. As a house plant, it is susceptible to the usual house plant pests such as aphids, mealybugs, scales, whiteflies and spider mites. If one of these pests show up on the plant, treat them as you would usually treat a houseplant pest.

There are several flowering maple cultivars available. They include “Canary Bird,” Fireball, Boile de Negie, “Kirsten’s Pink,” the “Bella” series, and “Kentish Belle.” If you are interested in speckled and variegated foliage plant, look for cultivars A. straitum thompsonii or “Souvenir de Bonn.” And, of course, don’t forget “Biltmore Ballgown.” Happy Gardening!

GARDENING WITH THE MASTERS: Mums the word — Making Chrysanthemums last

Admit it! You passed through the grocery store and spotted those beautiful new pots of mums … and couldn’t resist. Or maybe you went deliberat…

GARDENING WITH THE MASTERS: November tips to help plants thrive as days get cooler, shorter

GARDENING WITH THE MASTERS: Cultivating a successful fall garden

It seems that we may finally have a fall, and thanks to Tropical Storm Nestor we finally have some moisture back in our soils. The welcome rep…

GARDENING WITH THE MASTERS: December tips for planning, planting, propagating and more