The Latest: Trump takes a Big 10 football lap i… 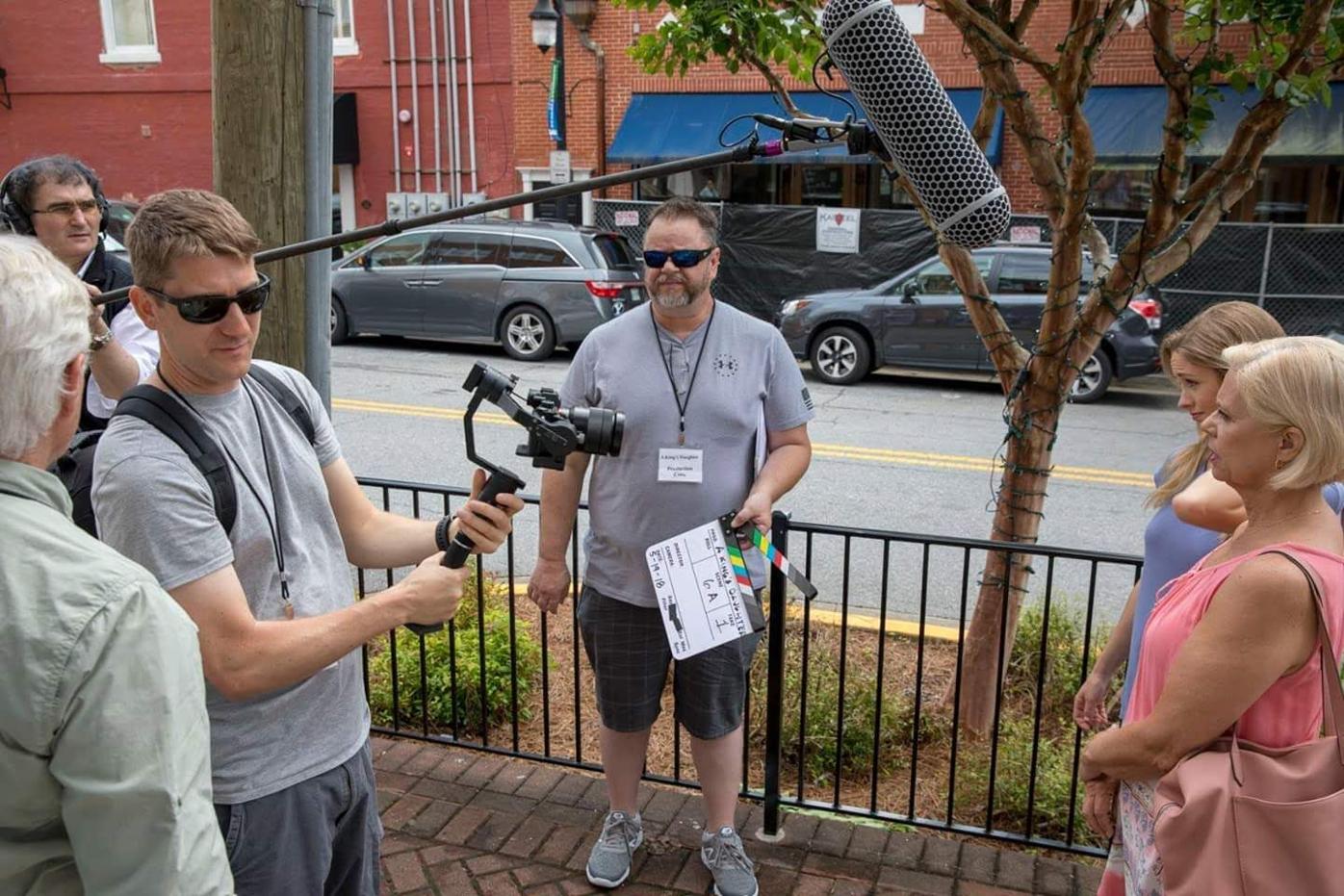 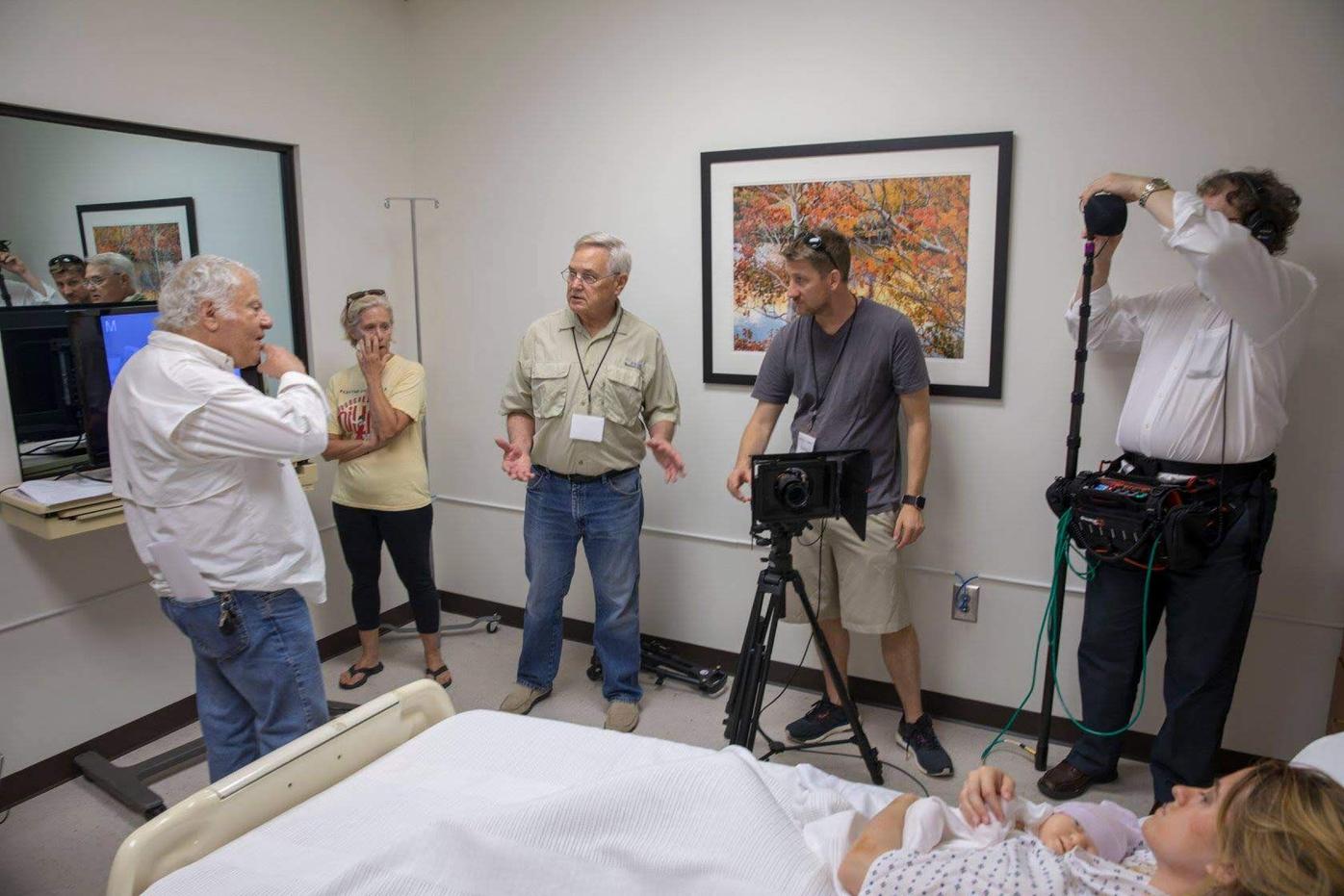 The Canton/Cherokee County Independent Filmmakers is a group consisting of local residents who say they have a passion for filmmaking, as well as showcasing local residents and locations.

“We focus on filming in, and highlighting businesses and areas in and around Canton/Cherokee County, as well as utilizing local talent for our films,” member Cathy Johns said.

The group was started a few years ago by Mike Phillips, who serves as the photographer for the group.

“I shoot photos through Getty Images and I also work with video special effects on the side,” Phillips said. “My background is in photography and video editing, but I wanted to learn more about B-roll and, more specifically, the entire production workflow that goes on behind the scenes to produce films. So those are a couple of reasons why I wanted to start a group like this.”

Phillips said the group, at one point, consisted of 2 to 30 members who connected through MeetUp. He said that, in the group’s latest film, there were about a dozen members who worked on it.

A local actress who has been a key part of the group is Johns. She said she began acting in 2007, and has continued on and off since then. She also serves as the casting director and location scout, where she said her main focus lies on gathering local talent and finding business to use for short films.

“I have had an interest in acting for a while and I saw that Phillips had put out a notice about a film group meeting, which just so happened to be taking place across the street from where I work in Canton,” Johns said. “I thought it would be a good idea to check it out. Initially there were just three of us, and I was the only actor/actress that was in the group, so I decided to try and find help from the community.”

Johns said she put notices out and the group was able to find many local actors for the short films. She said she has also used her connections throughout the community to allow for the group to film at local businesses and locations, and to have help from other local residents with wardrobe and makeup.

Don Richards serves as the writer and director. Even though Richards has written and directed both short films, he said he had no experience in script writing prior to joining the group.

“Once I joined, I tried my hand in script writing and I came up with an idea which would eventually become our first short film, ‘The Decision,’” Richards said. “The story is about a couple that was down and out on their luck, nothing was going right, until the wife found a good bit of money on the way back from the bank. The rest of the film is then about the decision that the couple makes regarding what they should do with the money.”

Richards said that “The Decision” was made around three years ago, not long after the group was formed. Richards added that the group submitted the film to a number of film festivals, but the film was not accepted by them.

“It was disappointing that we did not get accepted by the film festivals, but we received positive feedback and that helped us when making our next short film,” Richards said.

The group’s next short film, “A King’s Daughter,” was screened at the latest Etowah Film Festival in September, and was also accepted and screened at seven other film festivals.

“Our second short film is a mother/daughter story starring both Cathy and Kelly Johns, and was written specifically for them,” Richards said. “The film details the personal relationship and reconnection between a mother and daughter when the two are reunited years after the mother gave up the daughter.”

Johns said that, while the films take a while to make because of each member’s job/career/family, they do enjoy working with one another and the community to create a product that helps to showcase Cherokee County and its residents.