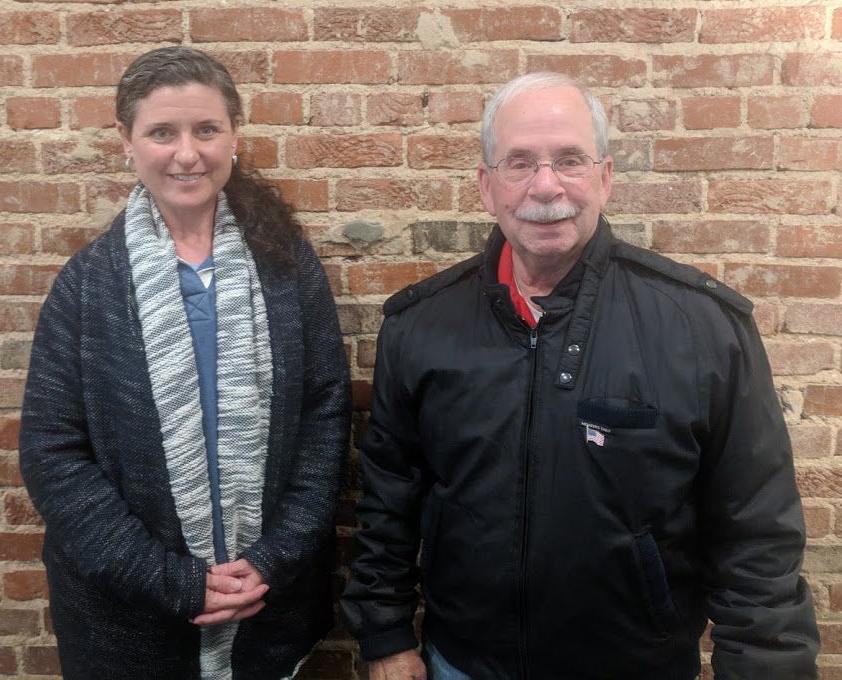 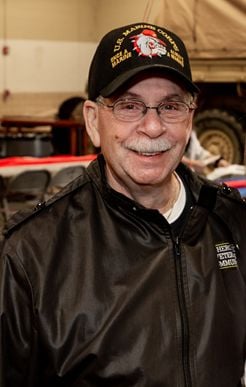 David Snyder knows how much a gathering of people with shared experiences can make a difference, as the director of Cherokee Veterans Community, a ministry of First Baptist Church of Woodstock.

The community, which started with support groups for male and female veterans, is working to create a similar program for spouses of deployed military service members.

Through their work with veterans and delivering packages to those serving in active duty, the organization realized there was a need of support for military spouses, who make sacrifices at home during deployments, Snyder said in an interview with the Tribune Tuesday.

“The spousal support is to get a group together in their local community, so they have a safe place that they can share their feelings, their concerns, their fears, their depressions. They’re going to go through all this as deployed spouses,” he said.

Cherokee Veterans Community was part of the local send-off for members of the 48th Infantry Brigade of the Army National Guard. There, Snyder learned that many of those now in Afghanistan are serving their first deployment, and their spouses are also experiencing a deployment for the first time.

“Now they’re single parents, basically,” Snyder said. “When something breaks, something doesn’t work right, they’ve got a car issue or whatever the case is, sometimes they have somebody. A lot of times they don’t have somebody. Who do they go to? We want them to come to us. We want to be their support.”

Laura Williams, a Marine veteran married to another Marine veteran, has both served active duty and been the spouse at home during deployment. In many ways, it can be more difficult to be the one at home, she said.

“I was active duty, and then I was reserve, so my mentality was ‘suck it up and go with it,’ but I felt alone a lot,” she said. “I think there needs to be more reaching out, more information giving.”

While her husband was deployed and Williams was raising her young children alone, she sometimes struggled to keep things up at home, and she felt she couldn’t do things she enjoyed, like going to the gym, she said.

“Your loved one is gone. And the unit might say, here is this program, but a lot of times you don’t feel like someone is really reaching out to you. A couple times it felt like I was by myself, just me. I have four kids I’m trying to raise, and where is the help?”

Lori Ann Mitchell and her husband, a Navy veteran, were separated by deployment very early into their marriage two decades ago. Living on a military station in San Diego, far from friends and family in Georgia, Mitchell felt isolated when he was deployed to Somalia and the Persian Gulf, and later to Korea.

“I was there by myself. When you’re by yourself, it’s a very strange feeling not to have anyone and not to have your family there,” Mitchell said. “If I would have had a support system there, what they’re trying to do here, it would have been an invaluable tool, for not being homesick, to be sure people know what you’re going through. Until someone is in your same shoes, they don’t know what you’re going through.”

An informational event is scheduled 10-11:30 a.m. Feb. 16 at the church to learn more about Cherokee Veterans Community and establish their own local support groups for military spouses, as well as groups for other family members of a person in deployment. Military family members will also be invited to help distribute “WeCareBoxes,” packages for deployed military including letters, toiletries, books and more. First Baptist Church of Woodstock is located at 11905 Highway 92. The meeting is in Building A, the chapel building, on the second floor in room 260. Coffee and doughnuts will be served, and there will be a play area set up for children. Those interested can send an RSVP to 678-570-5828 or dmsnyder7000@gmail.com.