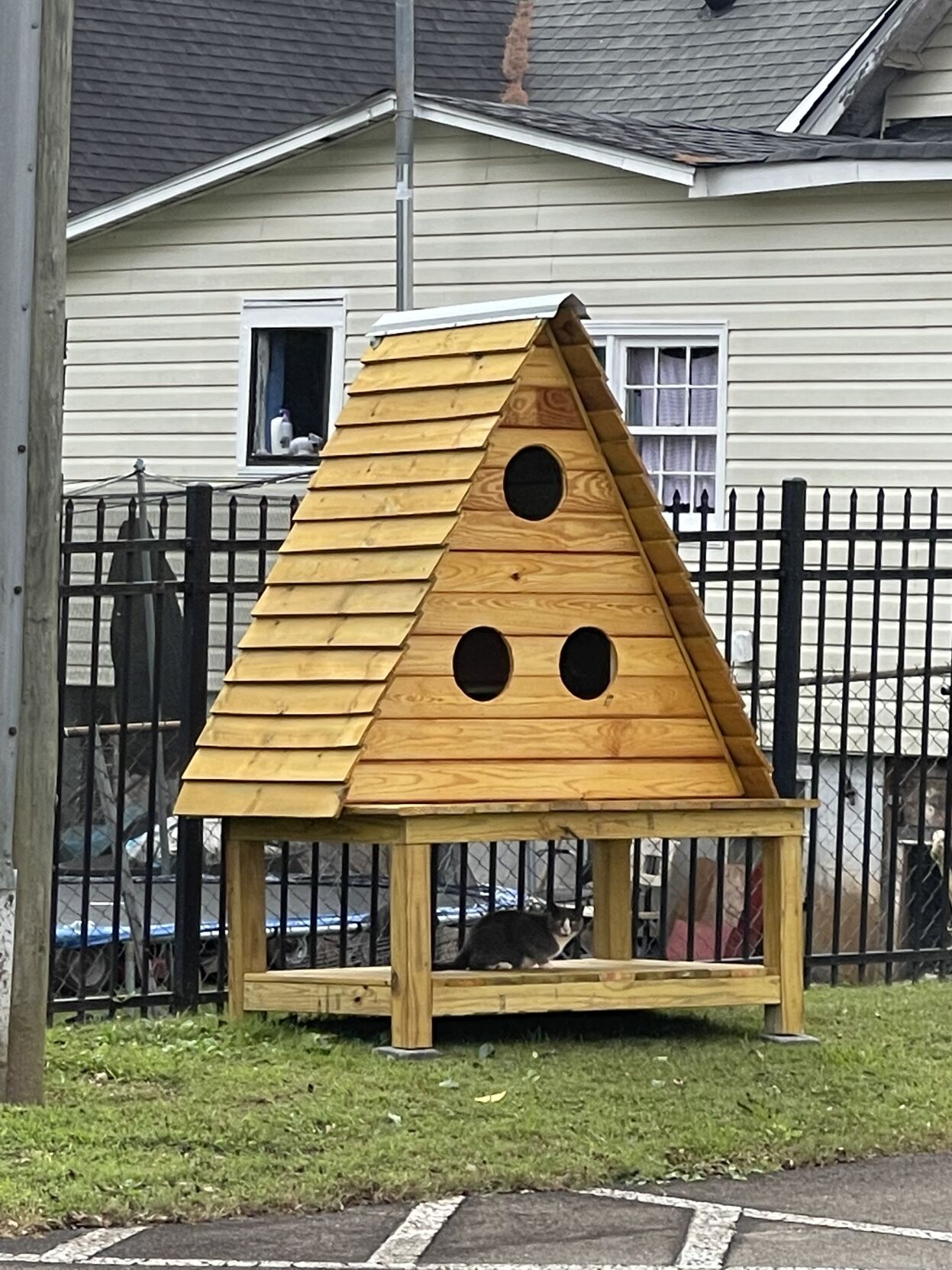 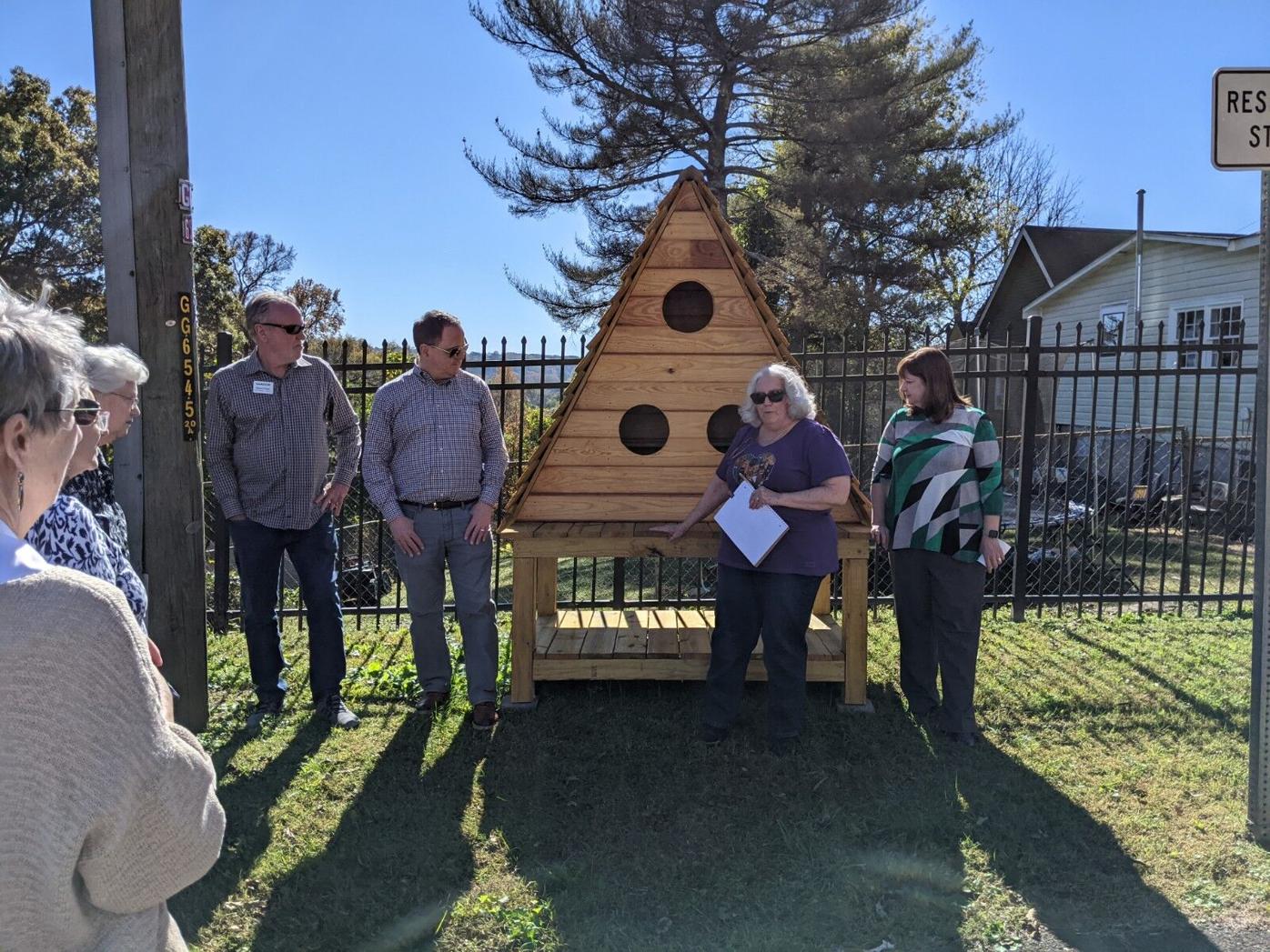 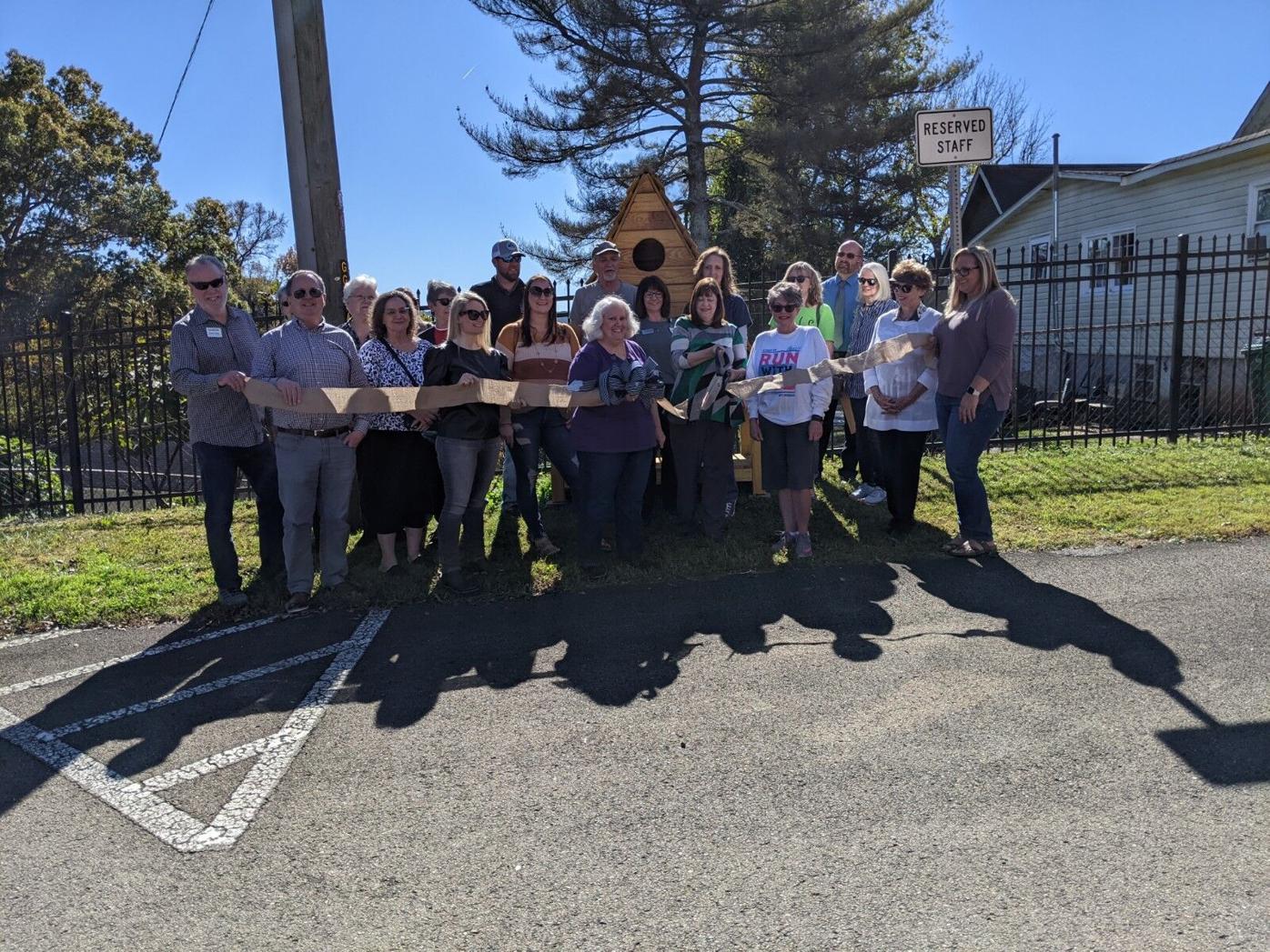 Stay cats roaming around downtown Canton have a new place to eat and sleep thanks to volunteers and city staff.

The city held a ribbon cutting Tuesday afternoon to reveal "The Catty Shack," a feeding station and napping house for stray cats in downtown Canton, specifically those that call the parking lot by city hall home. The city's public works department created the shack because the construction of the Archer Street parking deck will displace the colony of cats and leave them without a home.

Bill Mick with Cherokee Stray Cats TNR and Ginger Sardina and Brianna Bankston with The Grey Project have been involved with this colony, and the cats are fed daily by volunteers, Canton City Council member Sandy McGrew said Tuesday. McGrew said she became involved when she was contacted in September by a woman who looks after the colony of stray cats.

"Debby Sloss contacted me about this," McGrew said. "She is one of the people who feed and care for the colony. She got my name from Stefanie Joyner at History Cherokee. Joyner and I have been friends for years and she knows I am a cat lover and have a very soft heart where cats are concerned. Joyner also feeds two or three feral cats at the History Center. "

The colony of cats that would be displaced are the ones who sleep and eat in the kudzu in the lower lot by city hall. Construction is set to begin later this month on the new parking deck there. The colony currently consists of four to five cats, city spokesperson Lauren Johnson said.

"This construction is likely to traumatize the cats unless we can acclimate them to the area above," McGrew said.

This colony of cats is believed to have been part of the TNR (trapped, neutered and returned) program in 2016.

"If released in an unfamiliar location, their survival is greatly compromised as they don't know the safe places or food sources," McGrew said. "In the original trap area, they already have a community built and 'know the ropes' there."

McGrew added that, as a city council, she and her peers care for all residents of the city, two and four legged, and will do all that they can to help the quality of life in Canton.

The Rotary Club of Canton is set to host its third annual Prayer Breakfast at 7 a.m. Tuesday at the Northside Cherokee Conference Center at th…