You are the owner of this article.
Edit Article Add New Article
You have permission to edit this article.
Edit
Home
News
Sports
Opinion
Lifestyle
Obituaries
Legals Notices
Classifieds
e-Edition
Share This
1 of 5 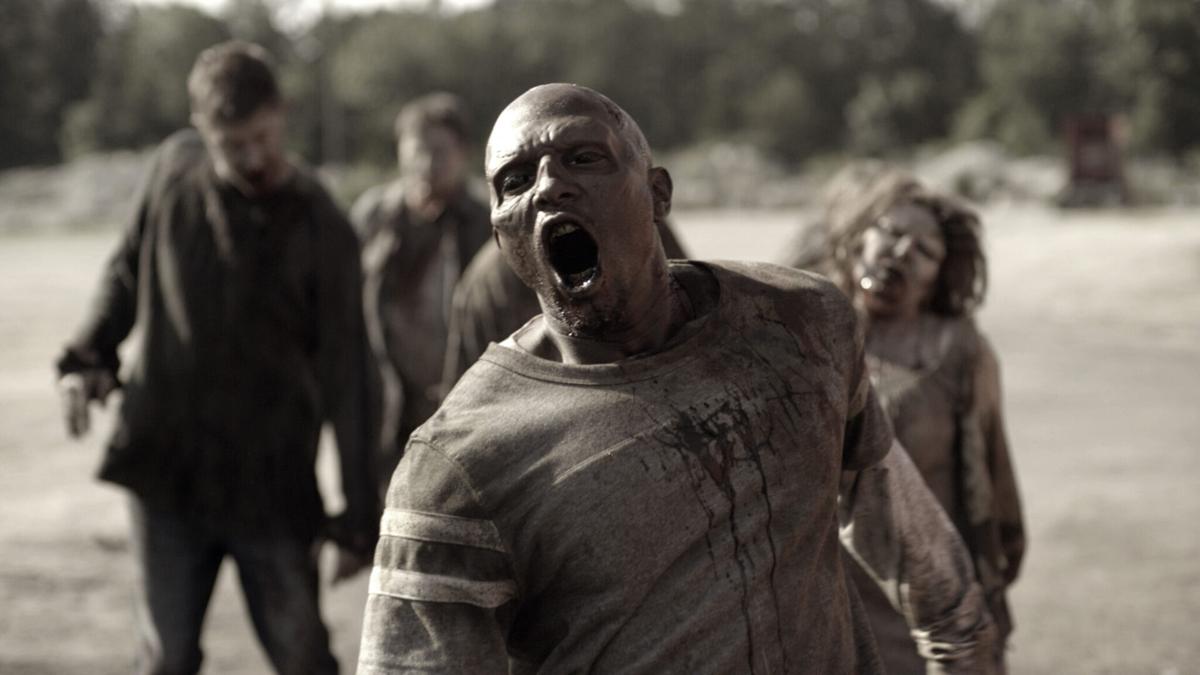 “Love Bite” is one of the horror shorts Andy Fowler has worked on, helping to create the zombies in the film. 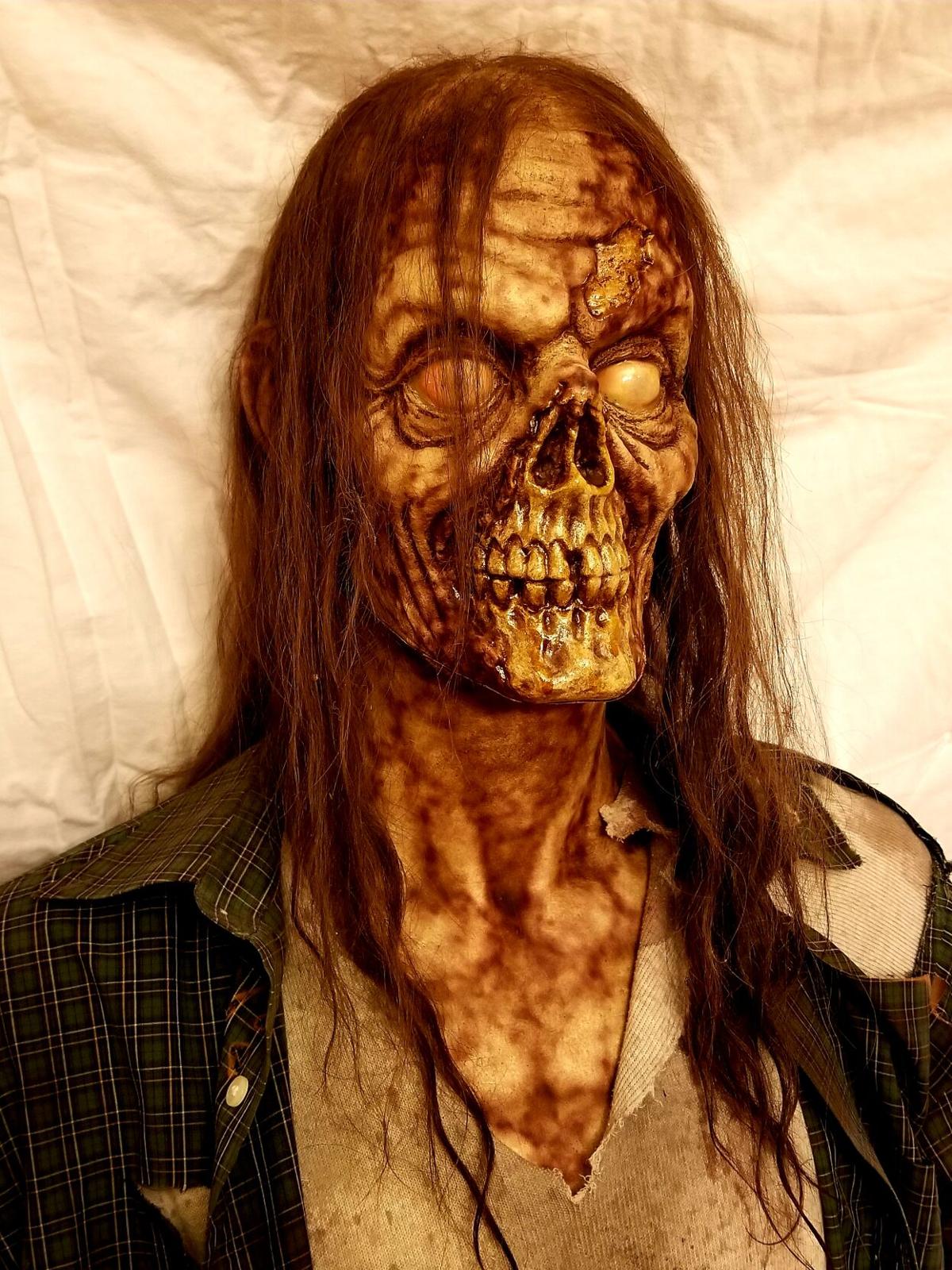 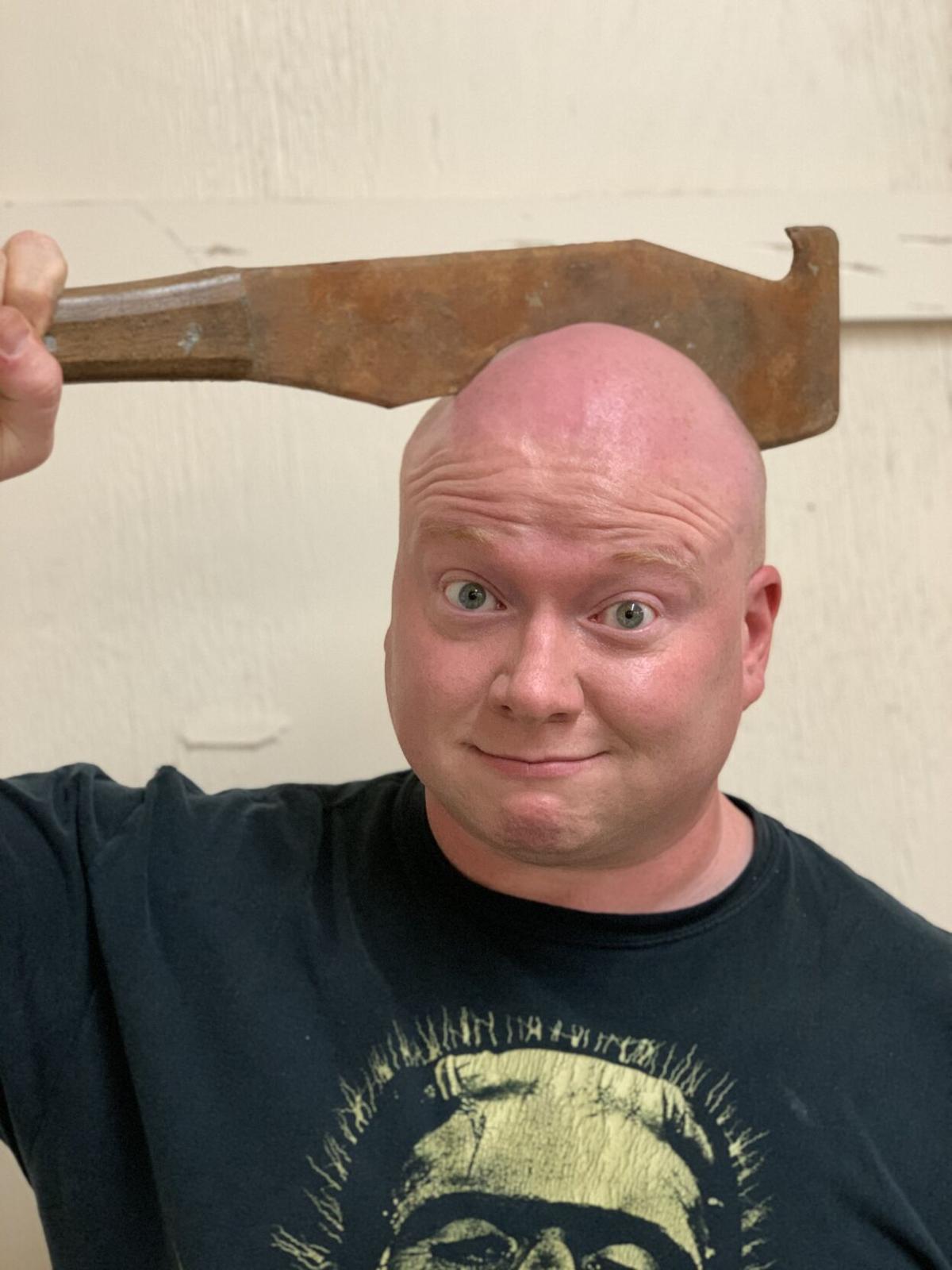 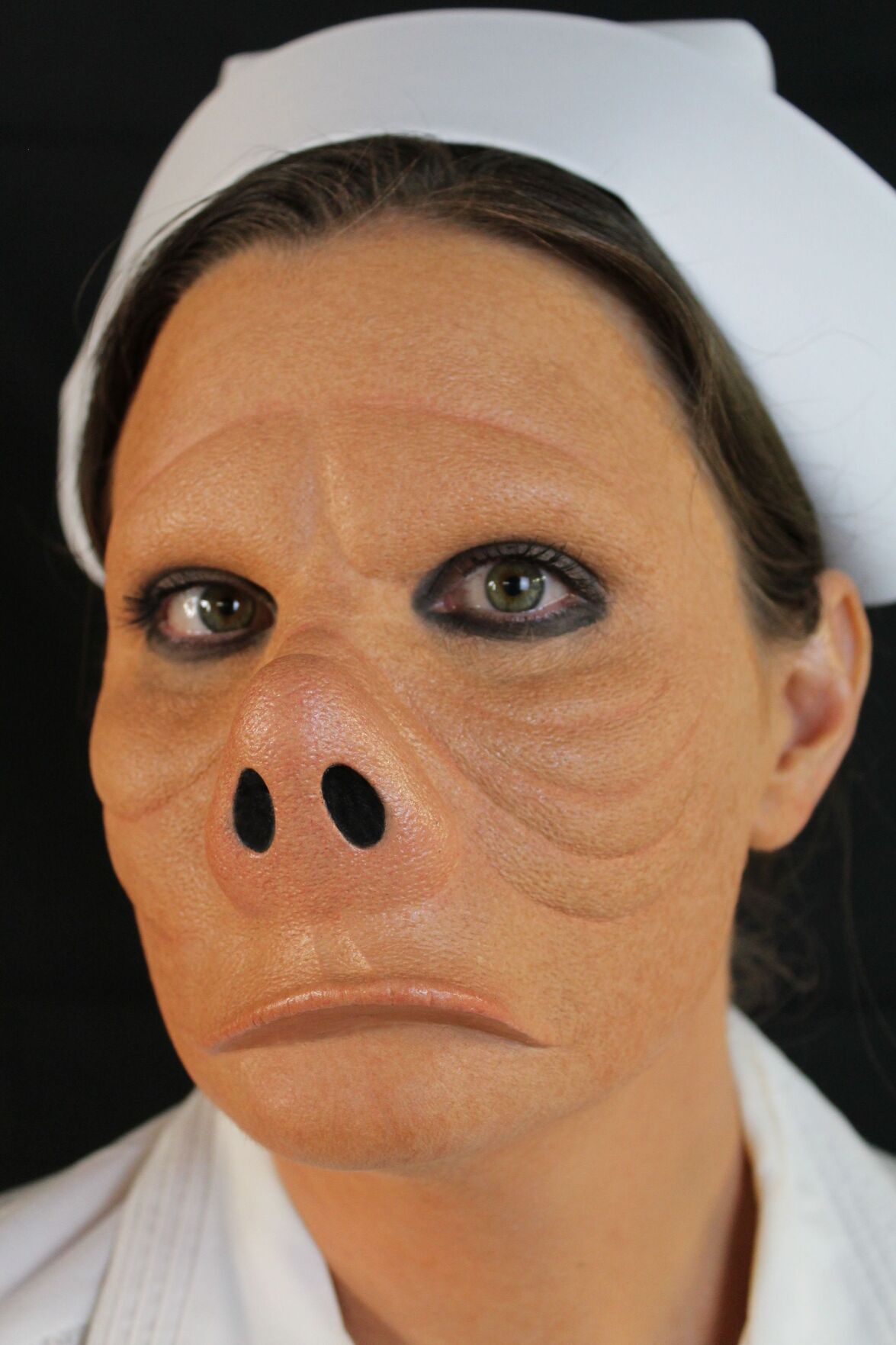 Ball Ground resident Andy Fowler has made a living off of doing makeup and creating prosthetics for various horror and action movies and TV. For fun, he even made a “pig person” mask from “The Twilight Zone” for his wife (Pictured above). 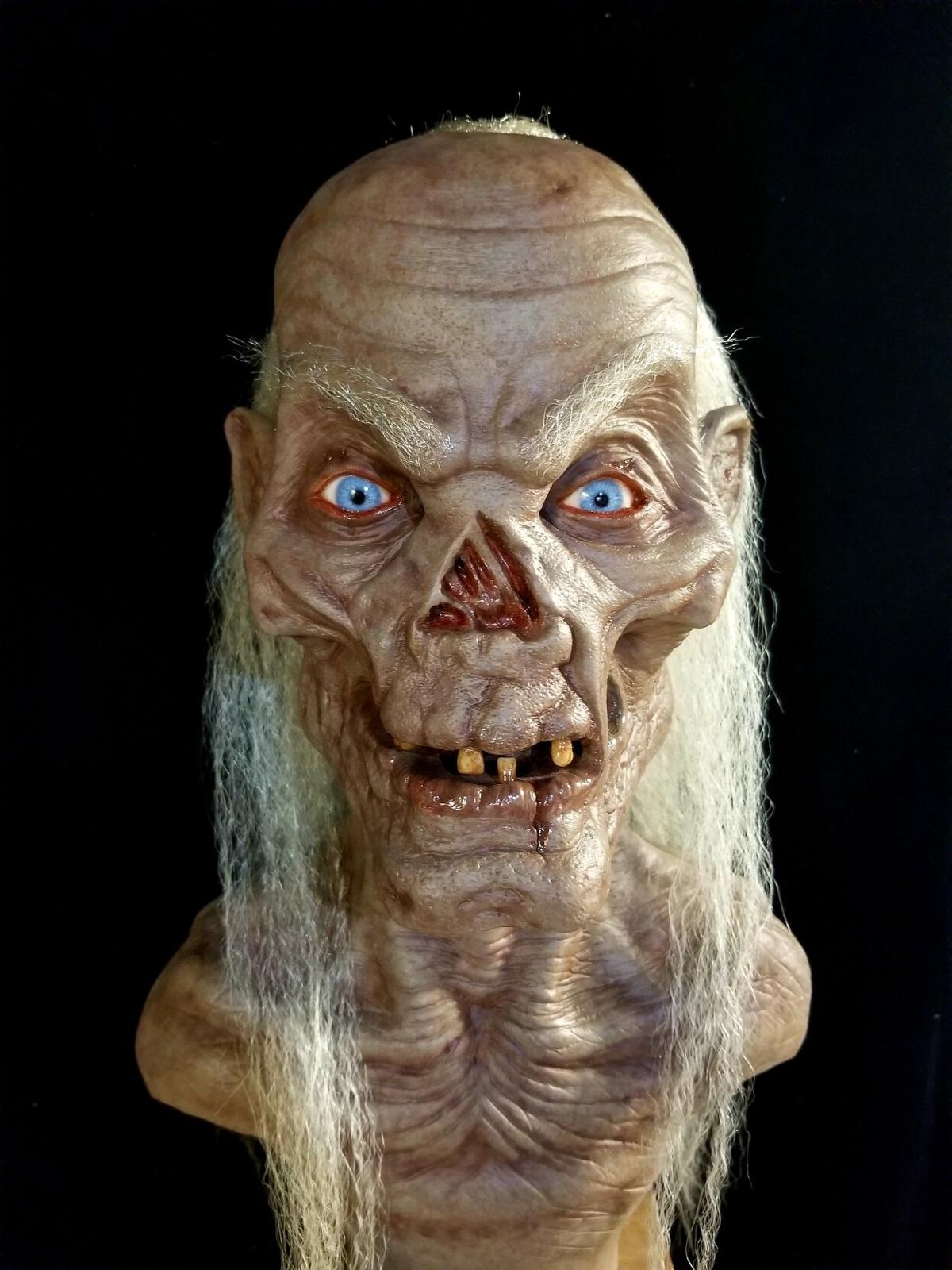 While he has worked on action movie sets, Fowler said he enjoys working on horror movies and TV the most due to his love for horror media.

“Love Bite” is one of the horror shorts Andy Fowler has worked on, helping to create the zombies in the film.

Ball Ground resident Andy Fowler has made a living off of doing makeup and creating prosthetics for various horror and action movies and TV. For fun, he even made a “pig person” mask from “The Twilight Zone” for his wife (Pictured above).

While he has worked on action movie sets, Fowler said he enjoys working on horror movies and TV the most due to his love for horror media.

Fowler said he gained interest in the field of film production at a young age, in particular, the makeup effects aspect of film and TV making.

“When I was about 12 or 13, I really started focusing and gaining an interest in the makeup effects aspect of film making because I thought it was really magical to be able to transform somebody through these means,” Fowler said. “I started doing it for fun when I was a kid, and I eventually started taking it more seriously when I reached my late teens. It became a career for me in my early 20s when I started working on movie and TV sets. I also took a course for four years from Dick Smith, who is widely considered to be the godfather of makeup effects. That course really helped me get to where I am today.”

Since becoming a makeup artist and prosthetics creator, he has been a part of several big projects such as “Avengers: End Game,” “Black Panther,” “Venom,” and “Rampage,” to name a few. Fowler said that, while he enjoys working on the big budget movies, it’s the horror movies that he’s worked on where he truly finds the most joy.

“I have always been interested in spooky, creepy, horror, and Halloween related things,” he said. “I’ve had a lifelong obsession with the Universal Monsters like Frankenstein, Dracula, The Wolfman, and Creature from the Black Lagoon. When I was a little kid my favorite TV show was ‘Tales From the Crypt,’ and my sister and I would rent a horror movie every weekend. I just love horror related media so being able to work on horror related movies and TV has been a blessing.”

Some of the notable horror projects he has worked on includes “Jeepers Creepers 3,” “Zombieland: Double Tap” and a couple of short horror films. Most notably, he has worked on “The Walking Dead” for the past four seasons as an additional makeup artist, helping to create the zombies, or “walkers” as they are called on the show.

Fowler added that, for fun, he re-created the “pig person” mask, imitating the nurses and doctors who wore the pig masks in an episode of “The Twilight Zone.” Fowler said he came up with the idea because his wife, Natalie Fowler, is a nurse and he thought it would be a fun tribute to her and her profession.

“We both love horror media, and I am a nurse, so I let him do the pig person makeup on me for fun,” Natalie said. “It was a lot of fun and we did a mini photo shoot to commemorate the great job he did.”

Fowler said the process of putting together the pig face mask, as well as many of the other prosthetics he has done over his career, is a time-consuming process.

“We will take a lifecast, which is a 3D replica of a human body part made from using molds and casts, of the actor or actress to allow us to sculpt on it with clay,” he said. “Then we mold the material into what we need and fill it with silicon or foam latex so we can begin painting and applying to the molded material, which is usually a mask or prosthetic.”

Fowler continued, adding that the application process usually can last anywhere between two and four hours, depending on how complex the makeup is, as well as where on the body the prosthetics are needed. Another determining factor is how quickly the product needs to be put on or worked on.

“I’ve been on sets before where we filmed for 18 hours in a day,” he said. “The makeup would be put on early in the day and we would then film for 18 hours, with an hour of removal at the end of the day. It can be a very long process, but it is rewarding.”

Fowler added that, while the workload can be strenuous at times, he loves his job and couldn’t imagine doing anything else.

Registration open for 4th annual Lights on the Lake parade

With the Christmas season just under two months away, the Georgia National Cemetery Advisory Council is seeking donations for its annual Wreat…