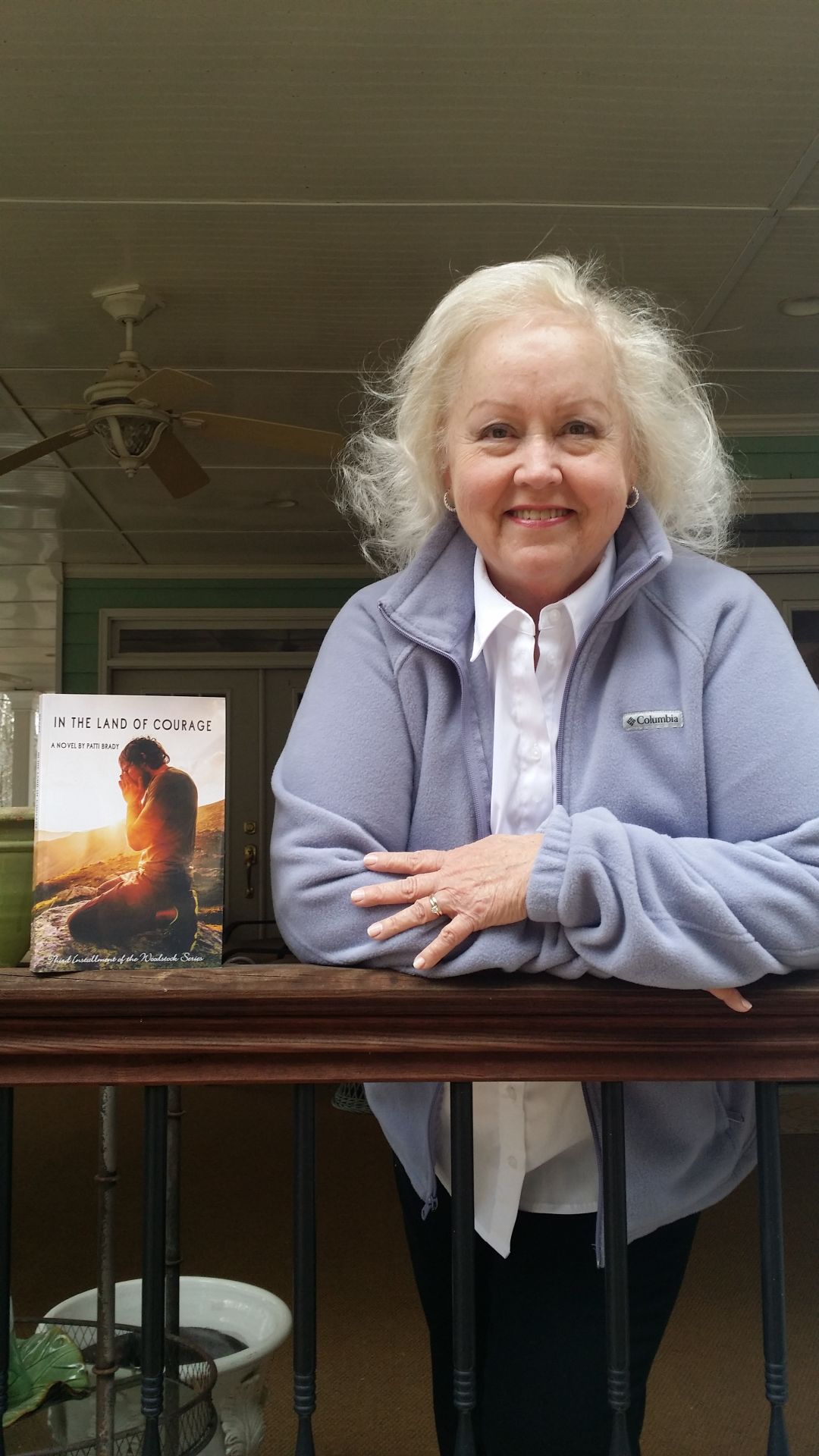 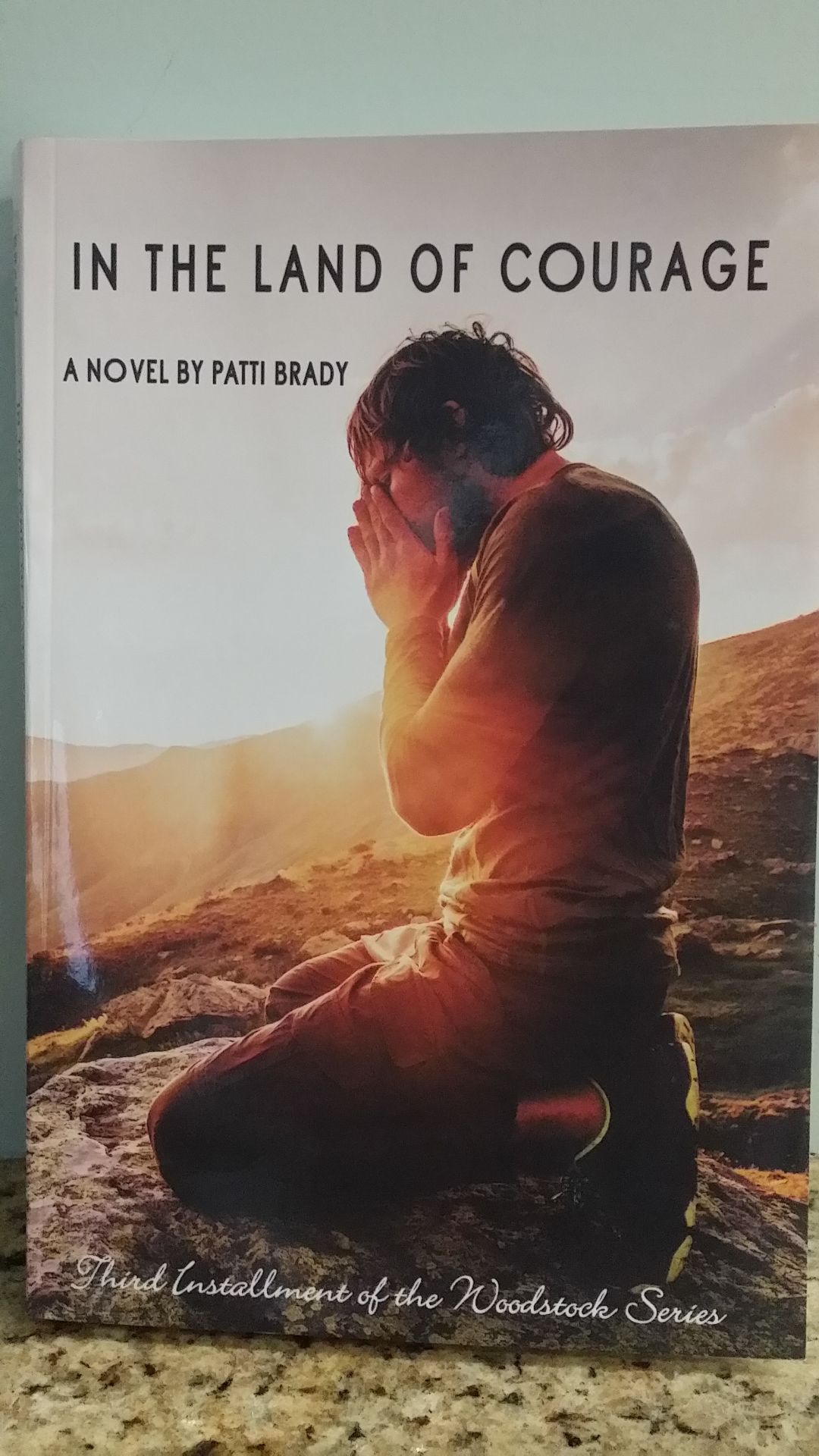 “In the Land of Courage” takes the reader through the perspective of a young man who was once known as the bravest man in town.

“In the Land of Courage” takes the reader through the perspective of a young man who was once known as the bravest man in town.

Author Patti Brady is coming to the FoxTale Book Shoppe on Saturday for the release of the third entry in her Woodstock-based fiction series, “In the Land of Courage.”

The book takes readers through the perspective of a young man who was once known as the bravest man in town, Brady said.

A tragedy transforms him, leading to a journey dealing with fear, ultimately leading him to relinquish his role as pastor. He also watches his wife drift from their home. Friends and family try to bring the man they remembered back, Brady said.

Dominated by his dark imagination, he resists anyone trying to pry him from his familiar surroundings until a pledge he made returns to haunt his conscience. A struggling orphanage in Morocco is still waiting for his help, Brady said. Hoping to regain his wife’s confidence, he journeys to the ancient medina of Fez, a place of twisting streets, startling sights and mystifying ways.

Nightmarish circumstances happen as a result. The obstacles he faces will require a man of super-charged faith. Unfortunately, he is lacking faith, Brady said.

Brady decided to take the story outside of Woodstock for her third book in the series to allow the main character’s story arc to expand into an unfamiliar territory.

“The main character has been transformed by a tragedy. He is a shell of his former self and inclined to stay that way,” Brady said. “The plot needed to pry him from his comfort zone. Compelling, mysterious Morocco was the perfect place to send him. In Fez, an ancient city, he faces obstacles that keep him from returning to his safe haven in Georgia, forcing him to confront issues within himself.”

The story continues the narrative of Woodstock that started with Brady’s first book, “The Heart of a Child.” The setting was 1998 Woodstock, when the town was on the rise. The second book in the series, “The Power of Her Smile,” takes place in 2003, when the community was rapidly increasing in popularity. “In the Land of Courage” takes place in 2009 during the time of recession when jobs were lost and Woodstock was hit hard.

The main character, much like the city of Woodstock in 2009, must deal with significant issues and problems in her new book. Brady wanted to show the transition stages of Woodstock through her three stories because she witnessed the growth first hand.

“I moved here with my husband and child in 1980 when Woodstock was undeveloped, compact and quiet,” Brady said. “My husband and I had grown up on the edge of large cities. I noticed something different here. With the smallest effort made by a person, like a simple smile, this community draws you in, harbors you and supports your dreams. Readers have told me they were much entertained by these stories generated from the locale they inhabit daily. The familiar references to street names, landmarks and the old-time storefronts made each story, in a sense, real for them.”

After her children were grown, Brady started writing about Woodstock. She wanted to know more about the town’s backstory, so she got to know local historian and Tribune columnist Juanita Hughes. She learned a great deal of history through her research and discussions with Hughes.

“The history of this place snuck into my stories. I joined Preservation Woodstock and did a lot of volunteer work creating exhibits and signage that spoke of the city of yesteryear. I was delighted and grateful to receive the Woodstock Citizen of the year in 2013 from a group that has worked to save Woodstock’s past as the area morphs into a modern-day environment.”

The FoxTale Book Shoppe is located at 105 E. Main St., Woodstock. The event is from 11 a.m. to noon and is free to the public.

You can visit her blog at www.livingandwritinginwoodstockgeorgia.com.