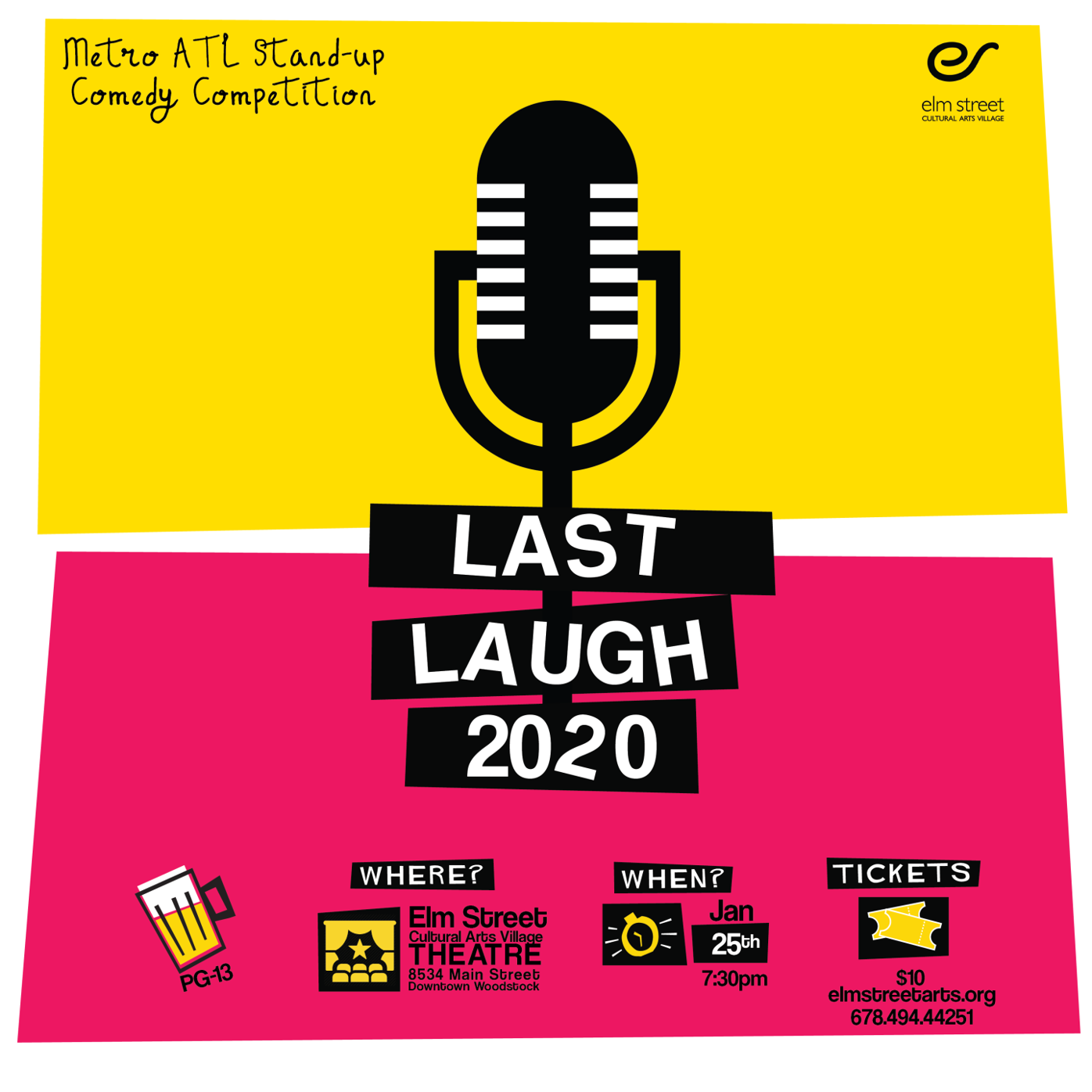 Hosting Last Laugh is Jessica ‘It’s All Good,’ who has hosted the event since its incarnation. 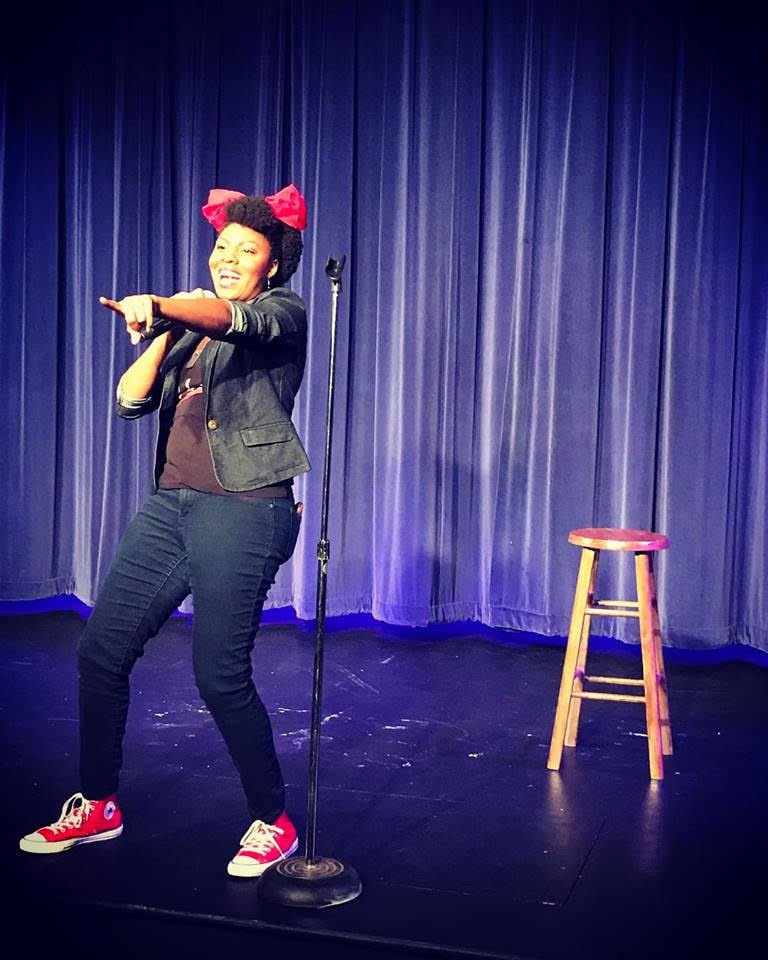 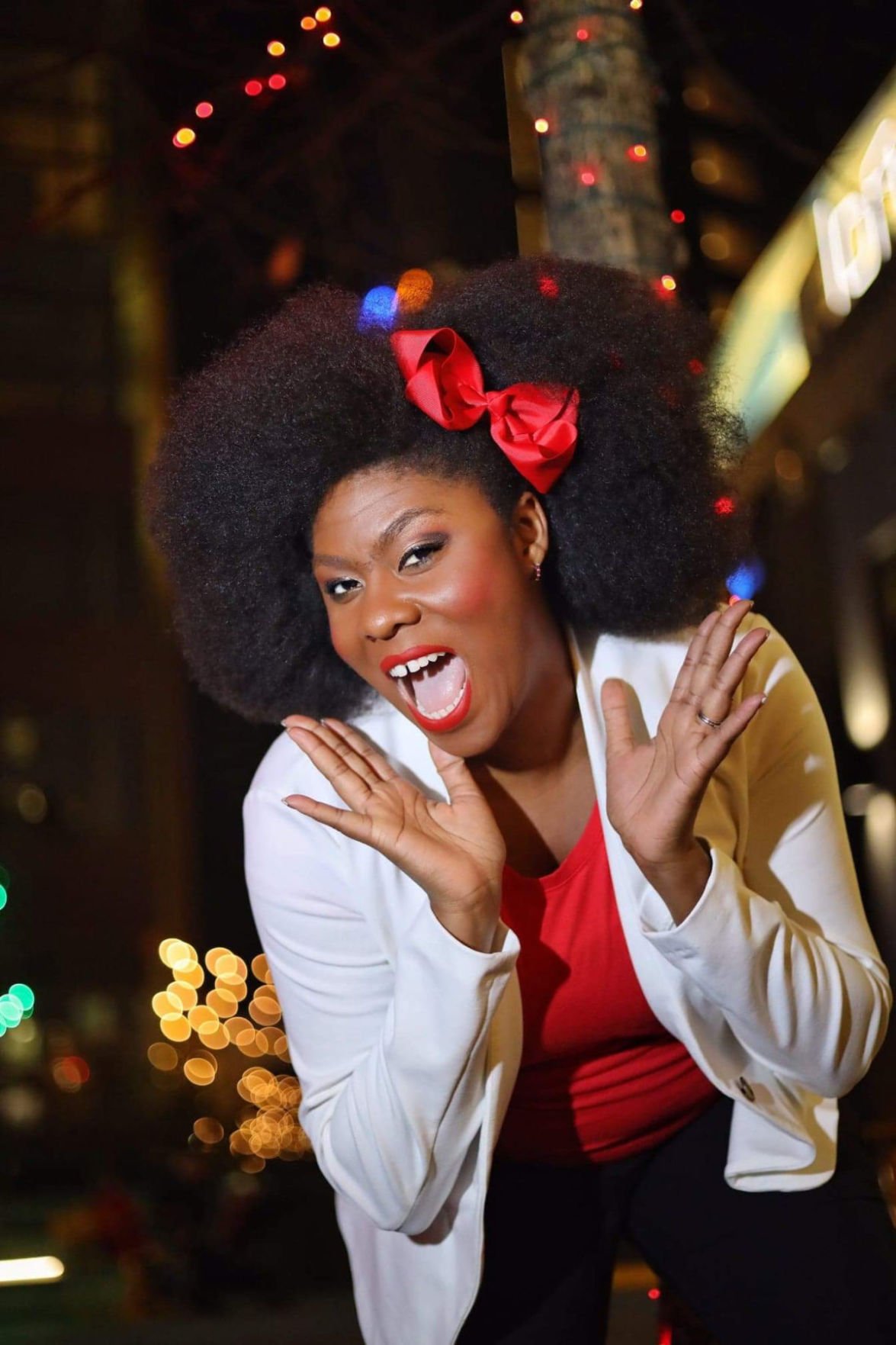 Jessica "It's All Good" Williams

Hosting Last Laugh is Jessica ‘It’s All Good,’ who has hosted the event since its incarnation.

Jessica "It's All Good" Williams

Elm Street Cultural Arts Village will start the new year off with a laugh this weekend with the sixth annual Last Laugh Comedy Competition at the City Center Auditorium, where stand-up comedians will compete for the audience’s laughter and vote.

Last Laugh began in 2014 as an additional avenue for live comedy in Woodstock and welcomes comedians, both well-known and upcoming, from all over the metro-Atlanta area to compete against each other and perform for audiences. Elm Street’s first Last Laugh winner was Dulcé Sloan, who has been listed in Variety Magazine as a Top 10 Comedian to Watch and is a correspondent on Comedy Central’s The Daily Show with Trevor Noah, said Education and Marketing Coordinator Justin Spainhour-Roth.

Hosting Last Laugh is Jessica “It’s All Good” Williams, who has hosted the event since its incarnation. She began in acting and modeling but turned to stand-up comedy by doing motivational speaking in college and evolving her speeches into comical routines. After doing improv for years, she mixed her improvisational skills with her speeches and became a comedian, performing across the country at colleges, churches, special events and fundraisers.

Elm Street is thrilled to have Williams return and host with her unique, fun style, and her witty and positive comedic onstage presence.

“Last Laugh brings good and clean comedy compared to what you may find in other areas and brings comedians to the Woodstock scene,” she said. “It challenges comedians and is a positive experience for them and the audience. I was really involved in theatre in the improv area and starting improv with iThink helped me get into comedy in the first place.”

When asked about her favorite part of Last Laugh, Jessica ‘It’s All Good’ said, “The crowd. It’s amazing and huge. You can’t always guarantee that as a comedian, so getting a place with two to three hundred people that’s warm and kind is great.”

This comedic competition is a one-night event. Last Laugh is rated PG-13 for content and may not be appropriate for some children. Friends, couples, and co-workers alike will enjoy a variety of comedic performances from guest stand-up comedians and Elm Street’s own iThink Improv Troupe. Concessions and Reformation beer and wine will be available for purchase.

Tickets are on sale now at www.elmstreetarts.org or can be purchased at the door.