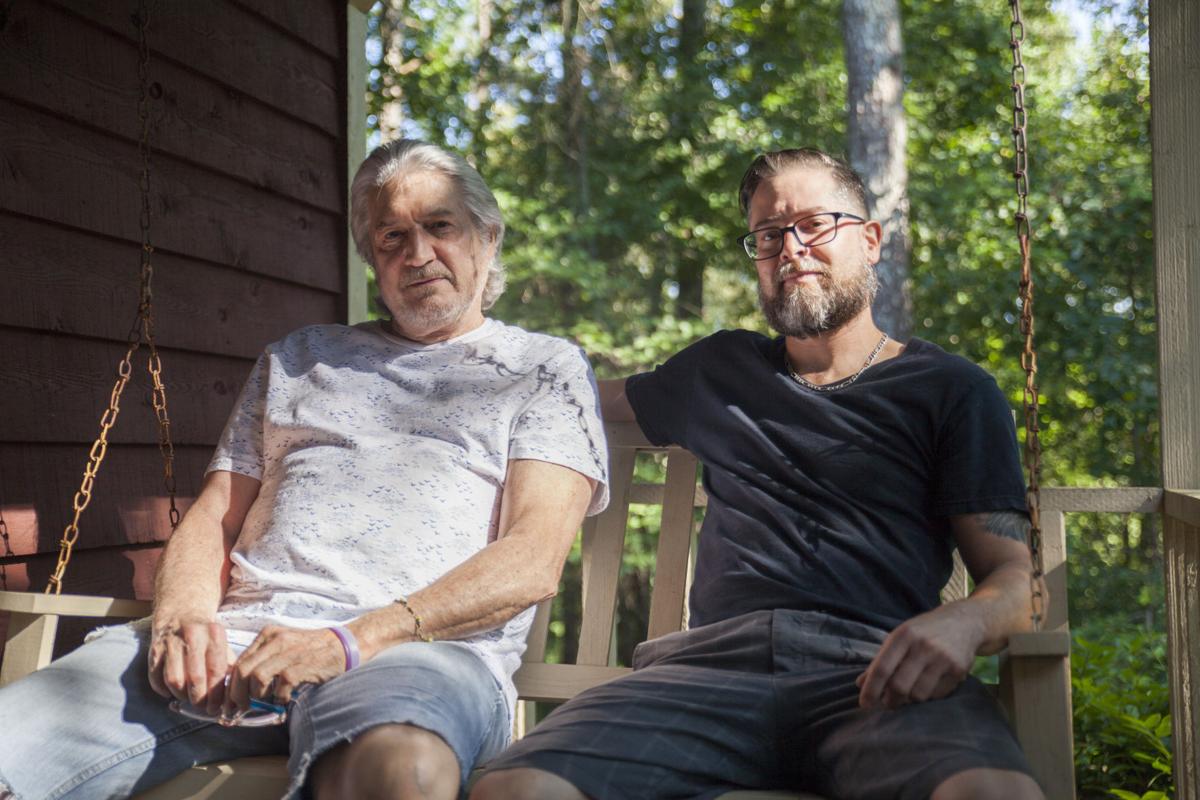 Mitchell Massaconi, left, and Russell Kreeger are urging the Cherokee County Board of Commissioners to create an ordinance that would restrict where residents of unincorporated Cherokee County can shoot. 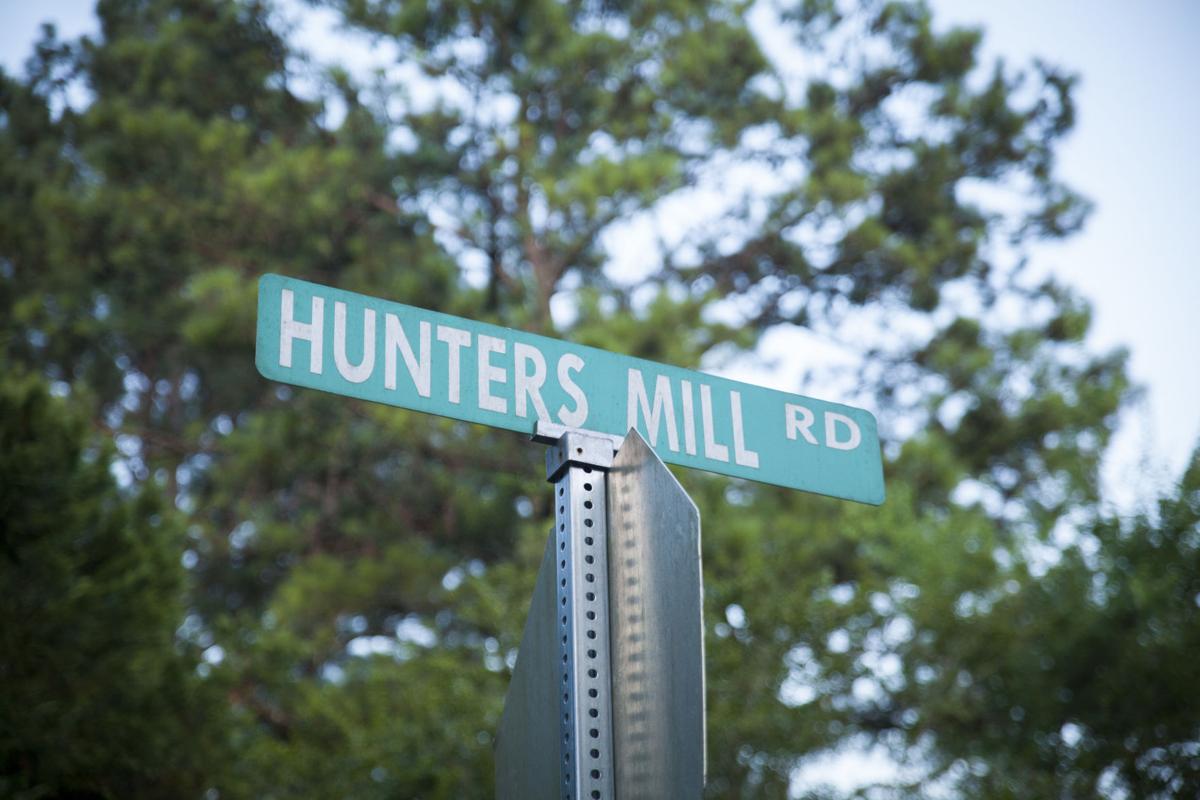 Mitchell Massaconi has brought county and state firearm code to the spotlight in a dispute with a neighbor, Randy Maxfield Fisher, who says he is breaking no laws.

Mitchell Massaconi, left, and Russell Kreeger are urging the Cherokee County Board of Commissioners to create an ordinance that would restrict where residents of unincorporated Cherokee County can shoot.

Mitchell Massaconi has brought county and state firearm code to the spotlight in a dispute with a neighbor, Randy Maxfield Fisher, who says he is breaking no laws.

A resident of a neighborhood near Woodstock has brought county and state firearm law into the spotlight in a neighborhood dispute in which a target shooting resident says he is breaking no laws.

Mitchell Massaconi, who has lived in the Hunters Mill Road subdivision of 1-plus acre lots for 34 years, said on Wednesday that his neighbor, Randy Maxfield Fisher, is causing a nuisance by taking target practice in his backyard and that it should be addressed by county authorities. Maxfield Fisher says he is staying within state laws and property rights.

Maxfield Fisher and Randee Hester live in the home that has belonged to his family for about 16 years with their three young sons. He said the dispute between the two homes is one that reaches back years, starting with complaints about the family’s dogs.

Massaconi and another neighbor, Russell Kreeger, have spoken at the Cherokee County Board of Commissioners meetings, pleading with the governing body to create some sort of regulations on where people can shoot in the county. Both Massaconi and Kreeger say the shooting poses a nuisance and safety concern.

“It’s a residential neighborhood with families, and that right there alone should null and void whatever this archaic ordinance that (the county) has is,” Massaconi said on Wednesday.

Massaconi has presented at county commission meetings that the noise is loud and continuous and has a negative effect on his quality of life.

Kreeger added on Wednesday that the proximity of homes in the neighborhood and the proximity to nearby Arnold Mill Road are additional concerns. He said one slip could result in a serious injury.

“You can see Arnold Mill straight from his backyard,” Kreeger said on Wednesday.

Maxfield Fisher said on Thursday that the issue has been blown out of proportion and that he’s never been personally contacted by those complaining, except in one confrontational event. He said Kreeger approached him about the shooting one day and used a curse word during discussion. Kreeger admitted to the confrontation, but said he apologized directly after and calmly discussed his concerns with the couple at the home.

Maxfield Fisher added that, though he has the right to shoot as much as he’d like within the allowed hours of the day, he would be happy to speak to anyone who would like him to stop if they would just reach out to him. He said he usually shoots for about 30-45 minutes once or twice a week, and that Massaconi and others have never come to him or called him personally to discuss the issue calmly.

“The police have been out numerous times from (Massaconi’s) phone calls, maybe once a week for a long period of time. They’ve come out, they’ve examined everything, they’ve said that everything’s safe. Beyond the word of an officer, who’s going to determine what’s allowed?,” he said.

Residents of the Salacoa Valley near Waleska met with members of the Cherokee County Board of Commissioners, county staff and the owner of a l…

Cherokee County Chief Marshal Ron Hunton said Monday that the Marshal’s Office has been out to Hunter’s Mill Road on several occasions and, while the location is not set up as a range, authorities have determined that the resident is shooting safely. Hunton said since discharge of firearms is governed by state law, all local authorities can do is ask Maxfield Fisher to try to come to a compromise with neighbors.

“We have spoken to the shooter (and) asked him to try and get along and understand neighbors’ point of view. All we can do is ask,” he said.

Hunton added on Thursday that while there is potential for there to be a safety hazard should some kind of accident happen, there is currently no enforcement power until that takes place.

“While he is certainly within his legal rights to do what he is doing, if we had ever determined that he was doing this in a reckless manner, then that changes it. If his conduct is reckless, then he could potentially face a charge of reckless conduct, for example. But what he’s doing over there – we can’t immediately say it’s reckless,” he said.

Hunton also confirmed that, as long as he stays within hours designated by noise ordinances, he can’t be cited for nuisance.

Cherokee County noise ordinance prohibits “any excessive, unnecessary or unusually loud noise which disturbs the peace or quiet of any neighborhood, or which causes discomfort or annoyance to any reasonable person of normal sensitivity residing within the limits of the county,” from midnight – 7 a.m. on weekdays and Saturdays and midnight – 1 p.m. on Sundays, as well as 6:30 p.m. Sunday to 7 a.m. Monday. Listed noises include car horns, sporting events, loudspeakers and construction activity.

County firearms discharge regulation follows state law, which does not indicate in great detail what someone is allowed to do on their property with their firearms. All counties surrounding Cherokee follow nearly identical regulations.

Most counties regulate paid ranges, but state law gives specific instructions only on what not to do in a private setting – do not shoot under the influence of drugs and alcohol or within 50 yards of a public road, for example. City ordinances, like Woodstock’s, however, ban any firearm discharge within city limits, with few exceptions. Massaconi said this detail is difficult for him to understand.

“I expect that when you’re moving into any neighborhood, you need to do some research before you do it,” Wand said. “As long as you’re responsible with guns, it’s not a problem, and (Randy) has been responsible.”

Cherokee County Commission Chairman Leavitt “Buzz” Ahrens said on Thursday that issues surrounding firearms discharge in unincorporated Cherokee County have come up more than once. Ahrens said the commission is in the very early stages of reviewing a draft to more closely regulate where people can shoot.

He said he is optimistic that compromises in cases like these can be reached and that a possible ordinance “might moderate nuisance elements.”

“As the chairman has stated at our meetings, we are actively reviewing the situation toward the goal of identifying what an appropriate (and enforceable) solution might entail,” Commissioner K. Scott Gordon said on Thursday. “If the best solution requires an ordinance revision, this will also take time. Hastily changing ordinances is not well-advised nor something to be taken lightly. Proper study and due diligence is imperative.”

According to an early draft of the proposed ordinance provided to the Tribune and dated June 5, “prohibited discharge” of a firearm within unincorporated Cherokee would include shooting “on any parcel of real property that is less than two acres in size,” as well as “within 100 yards of any residence … place of public assembly, place of worship or business.” The distance regulation excludes the residence of the shooter.

The proposed ordinance would have to go through several rounds of edits, would be subject to possible public hearings and would have to be approved with a final vote by the commissioners.

Gordon added Thursday that in Maxfield Fisher’s case, the county authorities have ensured shooting safety and that Massaconi and any other residents who are concerned with the noise are “well within their legal rights to file nuisance charges against this particular individual.”

However, Kreeger said it would be a waste of time and money for any residents to go to court for nuisance claims, since by state law Maxfield Fisher is within his rights.

“If we can’t get the marshals to stop this because he’s within his rights, legally, what leg do we have to stand on in court?,” he said.

Jon Pope, of Canton’s Hasty Pope law firm, said on Friday that Kreeger has a point. The legal battle for some sort of relief from a nuisance like this may be a difficult and costly one, considering that no laws have been broken, he said.

“It’s an expensive uphill battle to prove nuisance when the defendant is in compliance with all zoning laws. The plaintiff has to show that the zoning ordinances were not designed to deal with noise of such a degree, and the noise is so excessive in occurrence and volume that the court should order it to be reduced,” Pope said.

Until changes are made to enforcement ability, Hunton said, local authorities are urging Cherokee County residents to use caution and common sense when shooting on their property.

CANTON – The definition of nuisances, as well as enforcement of noise ordinance violations will likely tighten in Cherokee County as the year …

Correction: A previous version of this story said a public hearing would be held on changes to the noise ordinance on Feb. 5. There will not b…